AutoCAD for Mac, iPad and iPhone 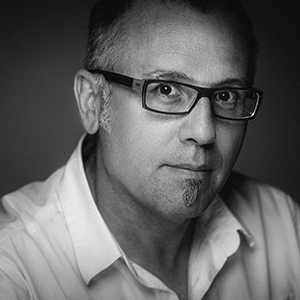 Finally, now for the Mac devoted, we have another serious professional choice. My hope is that THIS will finally get GS development into HIGH GEAR.

Update the library
Improve both drafting tools and modeling tools.....enough with buying a dozen add-ons for what should be in the software
A schematic design tool ala Sketch-up
A real site modeling tool - BTW GS buildings are actually built on soil not air
did I mention update the library?!?!?
lower your price......you will have to in order to keep market share.

This announcement is probably going to have the biggest impact on their Mac loyal customers and cause many to take a much closer look at AutoDesk....I can only assume Revit for Mac is on its way as well, because AutoCAD alone won't replace ArchiCAD.
Robert Mariani
MARIANI design studio, PLLC
Architecture / Architectural Photography
www.robertmariani.com

This poses a bigger threat to vectorworks than archicad, although I agree that revit on the mac is looking more and more inevitable ... once again an opportunity for me to play my broken record about Nemetschek's lack of broad strategic vision.
0 Likes
Share
Reply

Autocad on the Mac isn't a big threat to Graphisoft. It will leverage the Mac platform and that's good. But Autocad in itself is still primarily used as a 2D drawing program, and is very dependant on third-party applications, that will take time to get to the Mac. Revit would be the real threat, and is probably in the works too, but no betas have surfaced yet.

I'm finding this is the most important announcement:

I'm thinking this will make the iPad spread on building sites like a grassland fire. iPads work even ruggedized in plastic bags, you know! I've no idea if ACWS uses ordinary DWG files, but I think Graphisoft needs to make it the highest priority to give Archicad output/import file compatibility for this iOS viewer ASAP. Builders won't bother to have several viewers. If GS has something in their pocket, it needs to be much better - and must distribute now!

And sadly, I have to agree with amonie. Nemetschek needs to consolidate its development efforts. The competition isn't Vectorworks or Allplan OR Autocad, or Revit. It's Autodesk! Can't you hear?
AC4.1-AC24SWE-25INT; OSX11.5; MP5,1+MBP16,1
0 Likes
Share
Reply

Update the library
Improve both drafting tools and modeling tools.....enough with buying a dozen add-ons for what should be in the software
A schematic design tool ala Sketch-up
A real site modeling tool - BTW GS buildings are actually built on soil not air
did I mention update the library?!?!?
lower your price......you will have to in order to keep market share.

I suggest you to see Vectorworks 2010. You'll find all that inside it...
For Vectorworks (AutoCAD) not a big problem, you still think that Vectorworks is drawing tool and not BIM (lol)...
0 Likes
Share
Reply

Autodesk has done enough research to know that autocad will be a problem for somebody on the mac - either stealing clients directly from the likes of VW or stealing growth that would have otherwise gone to VW.
As to whether VW is BIM software - of course it is! ... but should so much effort go into marketing it as such if a superior (BIM) AC is under your umbrella and not exactly a world beater numbers-wise? The bulk of BIM mindshare, growth, cash and therefore development firepower has gone to Revit - in large part because of relentless and focussed marketing by autodesk.
Autocad is robust and extensible and could be marketed as a BIM tool if autodesk wanted to - perhaps it is somewhere - but it is no accident that 'BIM' and 'revit' are used interchangeably by so many people.
Anyway Thomas is right - the iOS application is the killer app and will spread the autodesk mindset far and wide .... wait, I can see the halo already
0 Likes
Share
Reply

I think Vectorworks people are the only ones that decided to make the transition from CAD to BIM (Don't know, maybe Microstation) in the real meaning... Not the same to Autocad. It's natural the marketing of Vectorworks as BIM, and Nemetschek can do it because it had Allplan, already (different to Autodesk that hasn't a BIM app), ArchiCAD came later to Nemetschek, and came with economical issues.

Curious that Vectorworks has walls, windows, worksheets, annotations tools, sections, terrain modeler, parking tools, space planing tools, high geometric capacity... and things that some others applications lacks, maybe they are in the right track... don't think Nemetschek doing nothing in Vectorworks side, but can understand what's happening in the Archicad side.

All this buzz won't produce many of the things that you think. It will benefit the Mac Platform. We, the users of CAD/BIM alternatives to AutocCAD already made our choice, and many are PC users (that already decided, too). The iPad application is interesting, but not a difficult approach... See coming ArchiViewer, AllViewer or Vectorviewer to iPad... is a matter of time, or more interesting SolibriPAD... something everyone can talk, something really tuned for the future not the past (dwg).
0 Likes
Share
Reply

Also, on the same blog, I read that DraftSight (a free AutoCAD clone) running natively on Mac is expected to be made available within 2 weeks. Having tried the Windows version of DS, I find it quite adequate for my occasional regression to flatland.

The official site for the mobile

You can also edit the files.
And it will be FREE.

It is a DWG viewer in concept. You will be able to do some manipulation and editing too, but how much remains to be seen.

The scary and really Autodesk-smart thing seems to be that your DWG files need to be uploaded to Autodesk's servers to be accessible from the Autocad WS iOS app.

I don't know if they'll implement some fence there, but it seems likely they'll be able to stop third-party DWGs this way. They could always blame some otherwise minor flaw in these reverse-engineered DWG converters! They'll have full control of what's happening.

I thought the app would let you access your own files directly on your own server. If that's not the case, I don't think this app is for me anyway.

And Lazlo, if you [moderate] my comments on Nemetschek' asset management, please at least try to forward them to the upper levels for a comment from the people in charge!

I don't usually use such words. But we users have been waiting for years for some declaration of strategy from them, but nothing has surfaced AFAIK, and we are getting ever so frustrated from the lack of action. Someone should be in the know of what's going on. People are defecting to Revit just because of the apparent lack of dedication from the people in power - why trust them with your money if they're just out to milk Graphisoft until it fails?

They have quite a strong combo on their hands. C4D, Vectorworks, Archicad and Allplan could complement and strengthen each other if development was consolidated and market strategy and segments defined. I think even GS's infamous NotInventedHere syndrom would fall if a clear market strategy could create new hope and enthusiasm among employees, now just scared by Autodesk's commitment.

But a strategy is needed. Work needs to be done. None is heard of. And many of us are beginning to think that none is heard of because there is none. Nemetschek needs to come out of their closet! So strong words are really motivated, I think. If Nemetschek's asset manager isn't an [moderated], let him show us why!
AC4.1-AC24SWE-25INT; OSX11.5; MP5,1+MBP16,1
0 Likes
Share
Reply

Sorry Thomas, I had to moderate your new post too.
The words you are using for a high ranking person of our parent company is just not appropriate on this Forum.

By the way, a sort of related news I just read today is that Vectorworks 11 will have Cinema 4D rendering engine in it:

laszlonagy wrote:
Sorry Thomas, I had to moderate your new post too.

But as a person with more insight and contacts than yours truly, I think you could make a difference if you tried to get the message through to the high authorities. We're not [moderated]s down here either, if you know what I mean

Thomas wrote:
...I think you could make a difference if you tried to get the message through to the high authorities.

Nemetschek has made clear in their press releases that they are a holding company and do (did) not have any plans to change anything about the management of any of the individual companies in which they have ownership interests. Maybe that has changed, but that is the last I read from them.

So, it is to Graphisoft that your comments should be aimed.

Karl wrote:
Nemetschek has made clear in their press releases that they are a holding company and do (did) not have any plans to change anything about the management of any of the individual companies in which they have ownership interests. Maybe that has changed, but that is the last I read from them.

So, it is to Graphisoft that your comments should be aimed.

Karl, I was looking for a wink in your smilie but there doesn't seem to be one.
Autodesk is a holding company, so is Goldman Sachs but both magically (ok, no so magically) leverage the power of a singular brand identity.

I look at it this way - the Autodesk whole is greater than the sum of its parts ... the Nemetschek whole is just parts

I look forward to more VW/Maxon-type collaboration but I will just wait to be pleasantly surprised. It just so happens that in recent history the VW and Maxon folks have been the most on-the-ball in the group ... but we should be saying that about the group as a whole ... with responsibility squarely on the shoulders of Nemetschek. amonle wrote:
Karl, I was looking for a wink in your smilie but there doesn't seem to be one.
Autodesk is a holding company, so is Goldman Sachs but both magically (ok, no so magically) leverage the power of a singular brand identity.

Well, I'd wink if there was any rumor that Nemetschek was going to coordinate their holdings. But, they explicitly said that they did not intend to do so. So, just reporting their stated policy. Doesn't make sense to me, but that's what they said.

Karl wrote:
Hi Thomas,...So, it is to Graphisoft that your comments should be aimed.

No Karl, I can't agree with that. The fact is, Nemetschek has the power. The fact seems, they don't use it. If that is their stated policy, all the more reason to call the responsible guys what Lazlo keeps [moderating] away. They do not leverage their investments. Knowingly! What kind of policy is that? It hurts their business, it hurts their customers (us), and it hurts our businesses too.

When Nemetschek aquired Graphisoft, they named an introvert CEO (former developer) instead of the extrovert predecessor (businessman and marketer). I thought that was a strategic decision, to be followed by development cooperation and a common marketing strategy. No such follow-up has surfaced. And Nemetschek North America (former Vectorworks Inc.) still has an extrovert marketer as CEO, and apparently also a person who sees the benefits of using the resources within the Nemetschek cooperation.

Are you telling me it is Graphisoft's executives who resist this, and Nemetschek doesn't lift a finger? I don't believe it. What are they afraid of? The Hungarian mafia's vendetta? If this is true, I'd better start learning Revit ASAP. Business reality counts in my world!
AC4.1-AC24SWE-25INT; OSX11.5; MP5,1+MBP16,1
0 Likes
Share
Reply