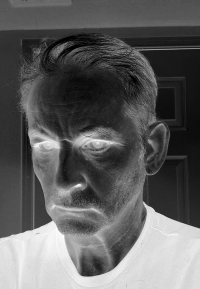 And what would this achieve?

this would achieve a few things:
1) anyone leaving Autodesk would have a chance to simply go apply to GS.
2) GS could get some good programmers that have some insight into how best to make DWG translations, transitions, etc..
3) By having Autodesk right next door, there might be a chance to gain extra insight into how the 'competitor' does their business.
4) You will learn much more about the enemy by having him right next to you than half a world away (believe this one friend....believe it).
5) California is where "everything" happens first here in the U.S.A. Any new development will occur in the west coast due to their innovative mindset.

The enitre operations are not going to move countries, or continents. The logistics alone kill it. even if everyone at GS were on board trying to get visas for everyone to work in the US. How about losing a good majority of your employes due to the fact they don't want to leave their families. Their DWG engine comes from a 3rd party anyway. It wouldn't make any sense to move for DWG. There is Autodesk's DWG and then the Open Design Alliance's DWG. Why sink a ton of resource into developing a dwg engine from scratch? Why not put the resources into what will be the future?
0 Likes
Share
Reply

rob2218 wrote:
this would achieve a few things:
1) anyone leaving Autodesk would have a chance to simply go apply to GS.
2) GS could get some good programmers that have some insight into how best to make DWG translations, transitions, etc..
3) By having Autodesk right next door, there might be a chance to gain extra insight into how the 'competitor' does their business.
4) You will learn much more about the enemy by having him right next to you than half a world away (believe this one friend....believe it).
5) California is where "everything" happens first here in the U.S.A. Any new development will occur in the west coast due to their innovative mindset.

Are those enough reasons for you?

This a pointless discussion and sterile conjecture.

1) This assumes that Autodesk has superior programmers to Graphisoft whom Graphisoft would benefit from in the event of migrations.
The fact that Autodesk has, by the claims of some of their resellers, as many as 10 times as many developers (probably not that high in reality)working on Revit, as GS has working on ArchiCAD, and YET still produces an inferior product to Graphisoft even after deploying more manpower and presumably spending more resources, tells me that the more talented developers and more efficient use of resources occurs at Graphisoft HQ and not at Autodesk HQ.
In fact, if anything, if I were Graphisoft, I would be very wary of accepting applications for anyone to work on software development who had been steeped in the Autodesk mentality and way of thinking and working there for the longest part of their careers.
Bad habits, stifled thinking and all that.


2) This point has already been addressed by Michael before me, but besides all that, Graphisoft's implementation of DWG interoperability in ArchiCAD is far superior to Autodesk's...in their own software no less.
ArchiCAD reads, manages, and outputs DWG formats far faar better than Revit does, so why would Graphisoft want to take a step back in this regard?

3) In that case then they should be relocating to the East Coast and closer to Madison Avenue, as the problem you imply is clearly on the marketing, PR and the business side of operations and NOT on the software development side.
On this point I partially agree with you, but not in terms of the solution you propose. More on this in a bit.
Incidentally, GS's North American headquarters are in the East Coast in Massachusetts I believe.

4) This is a flawed point if only based on the fact that modern information transfer and retrieval systems and technology (the internet, cyberspace, etc) make physical proximity as a necessity to being able to gain information on something completely unnecessary.
In other words, you don't have to be right next door (literally) to a company or a firm to be able to learn all you need to learn about them nowadays with the levels and degrees of information access available in cyberspace from virtually anywhere globally today.
Besides which, there is also the underlying (flawed) assumption that there is something worth learning in the first place that would necessitate such a cross-global relocation, that couldn't be learnt from half-way around the world.
There is a lot to learn from Autodesk and their business model, but most of it falls in the category of "how not to do" rather than "how to".

5) This may be true (vis-a-vis California being technology and software development central for the US) but it still doesn't justify cross-global, let alone cross country relocation just to get the best talent or to be in the best location.

As a related aside, Chaosgroup - the developers of Vray Render engine - have been able to develop the world's leading and most popular Architectural rendering and visualization render engine from the European "backwaters" of their headquarters in Sofia, Bulgaria. Only recently have they expanded to North America when they bought out ASGVIS based in the US and formerly a third party developer of plugins for their render engine, and which now serves as their de facto North American headquarters, but even prior to that they had no problem getting the best developers they needed to produce the best product in the world in their field from far away from North America.

As I said before, yes, I agree that Graphisoft need to increase their North American presence if not just in the physical sense but also definitely in terms of their sphere of influence. As a long-term strategy, North America is too large and too significant a market-base for them to completely cede to Autodesk or to abandon altogether while consolidating their bases in Europe and elsewhere in the World.

But I believe their failures in the North American market have more to do with a failure to understand and adapt to the marketing and PR climate here (in a timely and significantly enough fashion) and conversely Autodesk's mastery of the same marketing and PR game here (leveraged heavily on the ubiquitous presence of their AutoCAD flagship software's market dominance and presence), more than it has to do with technical shortcomings of their respective products.
As anyone who's actually used both products extensively in large scale projects or even just in any projects in general , will tell you, it's no contest that ArchiCAD is the superior product to Revit. No question.
The problem is that the people who should know this (i.e. firm owners, BIM Managers et al), don't know this thanks to the marketing efforts of Autodesk over the last decade.

And that's where Graphisoft's challenge in North America actually lies now.
Their strategy from a few years ago to make ArchiCAD readily and easily available to students in Universities and colleges was a good one with an eye on helping get 'future Architects' on board before they got out of school, but it was short-sighted with respect to the fact that those students don't have that many ArchiCAD-using firms to apply to for jobs once they graduate, and most of them eventually end up having to take Revit courses just to give them an upper hand in the job market and make them more hire-able in the increasingly Revit-heavy market here.

Graphisoft can probably take a leaf out of Apple's book on how they turned their ship around from the mid-90's - facing down the 95% Marketshare Microsoft behemoth - and when they almost went under and had a scenario where Bill Gates was buying their shares to help keep them in the game, to where they are now as the firm with the highest market cap and the most valuable Tech firm, thanks to going back to basics of just letting people know that they were making the superior product or at least the product that provided a better user experience.
Of course it helped that that mid-90's period coincided with the return of one Steve jobs from his decade long exile from the firm by the board, and his visionary decision to consider Apple as more than just a product but more of a lifestyle brand allowing them to expand to areas like Mp3 players (iPod) the start of the smartphone revolution (iPhone) and now with the tablet revolution (iPad) all feeding back to their core computing business.
In other words it will require Graphisoft to think far outside the box much like Jobs and Apple did, to go from being the market underdog, to being the number one technological company in the world.

Relocating to California doesn't help in this at all.
Getting smarter more innovating personnel - particularly in their marketing department, and in the right places (like in the Media capital of the US - MAdison Avenue, for example) - and having a more adaptive and flexible marketing strategy would be a better place to start.
0 Likes
Share
Reply

rob2218 wrote:
for such a "pointless discussion"...you sure spewed out a bunch..

Much better than just saying it was pointless and then bailing, don't you think?

Besides which, I tend to like to explain the reasoning behind my logic and arguments.

If you found it too much too read you easily could have just ignored it and moved on.
0 Likes
Share
Reply

Was too big of a (ahem) response to simply ignore. too many big words in there I'm just not smart enough to understand.
Was difficult just getting past first few sentences in trying to comprehend what the argument against having the GS HQ in California was.