I have an idea, out of the box,

What if some objects from the library behave like a window, they can be anchored to a wall, when the wall moves, they follow on,

here i changed the type of a bed inside the GDL editor t oGS-Window, so it appears in the window menu,

Now it can be placed on a wall like a window, but it's turned and it has a Wallhole,

Does someone know how to fix this ?

it can be used for toilets, washbassin, electrical equipments, all kind of objects that can be acnchored on a wall 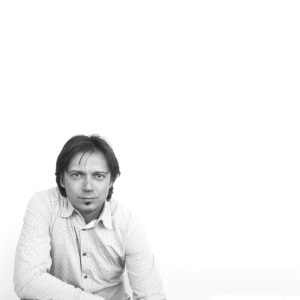 I don't think this is necessary with independent furniture pieces, but this could be an option with objects, who have a physical connection to a wall, like some hvac and sanitary equipment.

Until then you can just group such two elements together.

Interesting that such an association can be so easily achieved. Perhaps one day we might see an "Associate with Wall" option for objects that might benefit...

I think this is a great idea. So many occasions we have to furnish rooms in medical facilities at an early stage before wall build ups are known and then change the wall build up which inevitably affects its position and then have to reposition all of the furniture and fittings objects. If these could be associated to a wall it would make things so much easier. It may be worth posting this in to the Wishes forum so that Graphisoft will be aware of it.

Like the "outside-the-box-thinking" approach, but am not really convinced 😉

Anyway: Every door is scripted lying down. Meaning what you think of the Z-axis is actually Y.

You should rotate everything back by using a "rotx 90".

I have found this code in one of the GS objects:

Mostly AC 26 on Mac | Author of SelfGDL | Developer of the GDL plugin for Sublime Text |
«Furthermore, I consider that Carth... yearly releases must be destroyed»
2 Likes
Share
Reply

This has actually been requested (many times) before in the past, for other objects that would normally be "hosted" by a wall or a slab (like ceiling lamps or embedded wall lamps, Vents, ceiling fans,)....for Graphisoft to add a command to allow the object to be hosted to the wall like a window or a door - with or without the "wallhole" (or slabhole) for objects that need to have to cut into the wall or slab hole (like a recessed ceiling lamp).

Obviously it's been ignored, but imagine my surprise in realizing that it's basically just a GDL line of code (or a couple) that they would need to add either to the library objects or the wall/slab/column/beam elements themselves to make this a reality but have chosen not to, and instead leave it to the user to have to learn GDL to make it happen.

it's great you discovered this way of achieving (which is not at all "out-of-the-box" thinking since these are things that we naturally treat as hosted by walls in real life. A recessed ceiling lamp can't just exist in empty space on its own. It literally has to associate with a slab or a ceiling).

But it shouldn't be up to the user to have to figure out what Graphisoft themselves can sort out in less than a couple of lines of codes to their library objects.

It would be like your car seller giving you the manufacturers manual to let you figure out how to re-wire the internal A/C unit just to get to change the temperature instead of just having one that works without much fussing.

And to add insult to injury this is how it's ALWAYS worked with Revit and even Vectorworks (the BIM component).

I'm telling you, it's like constantly pulling teeth with this company these days.