Wish upon an Object from BIMcomponents.com

Plus one on that!

Wish: asymmetrical arch-topped windows and doors - that is where the shoulder height on one side does not match the shoulder on the other - and the radius is parametric.

Attached is an image with windows that cannot be modeled with the symmetric-only windows in the standard AC library. (These windows are not curtainwalls - but standard, mulled/ganged residential windows with standard interior / exterior casing/trim, etc.

I would like to see the modular joinery as part of the standard library too.

Also I would like to have pocket sliding windows. 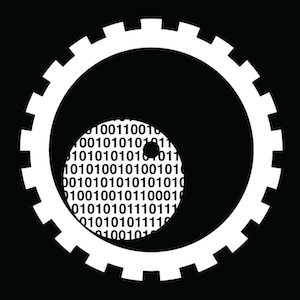 Improved Modular Joinery for 16 would be awesome! And asymmetrical arch tops too. Those forced me to learn how to make custom doors and windows!

Oh how about an improved/updated free form window object? The one we all have is from what, AC10 or earlier?

By the way, thanks for doing this. I think it's a great treat for the community. I hope it becomes a regular (yearly/quarterly?) occurrence!!!

The Modular Joinery would solve a lot of issues with the library objects. It might even simplify it, as I'm sure many would stop needing separate objects and use a single object/interface to solve a lot of doors and windows. Haven't used to object myself, but read about it... a lot!

In this regard, one object I would like is a "Modular railing object": Combine the available fences and railings into a single powerful object that is true 3D; I mean, one railing object that can have several segments and adapt to stair slope in 3D using editable hotspots, that gives control over post position per segment, etc.

A single object to avoid the need of 5 or more railing objects per stair and build it in segments, some horizontal, some sloped, check connections, etc... or use walls, beams, etc. to build them.

Olivier Dentan has a railing object close to this, with several segments, but it is constrained to a (x,y) plane.

I've been fiddling with this and I think is doable... but I lack the time.

Or is it that this has been done already and I missed it?!!?!

sinceV6, have you looked at CADswift's Swift Balustrade? It does exactly what you're asking for. I believe Kristian even has a trial version of the object.

Parametric lumber that can be easily rotated and shows the "x" when cut.

Additional features that would be nice could include built in shaping like dove tailing the ends or notching or even built in hangers. Also being able to have a single lumber object represent more than one piece and have the hanger encompass all the pieces. Such as having a (3)2x10 beam with hangers that held all three pieces of lumber as a single object.
0 Likes
Share
Reply

This is the Commercial Sink Designer object. I think this object should basically be in the library as is. Most commercial businesses I've done work for need commercial sinks and the base Archicad library doesn't really represent this properly. Also this isn't a niche item. It's pretty standard and weirdly lacking at least as far as the MEP goes.
0 Likes
Share
Reply

laszlonagy wrote:
As a moderator who reads every post and has done so in the last several years (so I have some kind of idea of what people wished for before), I am wishing on behalf of the ArchiCAD community for the Modular Joinery object to be available to all.

And with sliding window/door options added - not just hinged and fixed.

I don't if this can be considered as an object:

A Zone that can be dispalyed in section and elevation ( color , informations)
AC12_20 |Win10_64bit|
0 Likes
Share
Reply

TMA_80 wrote:
I don't if this can be considered as an object:

A Zone that can be dispalyed in section and elevation ( color , informations)

What about something a bit more out there? We now have morphs and shells (from 15 on)....how about an object that 'clads' such objects - with user defined profiled members to form framing? This kind of thing is very easy in revit but very impossible in good old archicad...
0 Likes
Share
Reply