I've been having issues with dimensions disappearing randomly from projects for quite some time. Unsure if it's an issue with the complex profile or a bug. It's been notably happening when jobs have been saved and re-opened but not to all walls/nodes. I'd usually end up redoing them, republishing, and noticing  down the line they've disappeared again. Any ideas on what could possibly be causing this, or suggestions on what I can try to fix this? 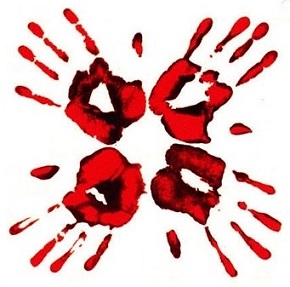 we've had numerous issues during the early days / weeks after the 25 upgrade (from 22) with dimensions disappearing in Sections & Elevations. specifically dimensions tagging grid lines. Gridlines were not created using the Grid System method, but simply a copy/rename of grid lines. no auto-dimension for grid lines were created.

I've accepted the fact that this might simply be a graphic glitch that's not only annoying, but potentially dangerous. I'll go ask around my office if they're still having Section/Elevation grid dimension issues.

Interesting to hear there's display issues on gridlines. For the longest time I've assumed my issue was from how the profile was made (could still be, but the issue wasn't always there previously, and it wasn't all the walls). Though with some searches, there seems to be a handful of threads raising this issues similar and some updates that have should have addressed this a while ago.

I wonder if 26 has had similar issues yet

there was a build that addressed this, can't remember which one it is, but when i last checked the 6000 build notes, i don't remember this (missing grid dims) being specifically addressed.

your issue of missing dimensions in composites is new to me. i don't think we've had that issue before & believe me, we've had numerous other issues with 25.

It seems to me there are problems with the dimensions remembering which nodes they are associated to.

I have seen a problem when it comes to dimensioning doors and windows.

I haven't experienced it first hand, so it is difficult to try and find the cause of the problem.

I am sure I have read other post where dimensions have disappeared.

I've still been consistently having this problem. Could someone have a look at the project for me in DMs to see if I may have missed something? Would be appreciated

These bugs started with the release of AC25 and are difficult to pin down because they only seem to happen after closing a drawing. My latest glitch in AC26 happened after I moved my wall reference baseline from outside to centre. The dimensions that were taken to the outside faces reopened pointing to the centreline and one outside face. There may be deep logic to that, but the dimensions were still configured to measure to the outside face.

I've noticed the errors have been happening when I switch to an elevation and back, and another during the publishing process. Always the same walls it seems, but not all of them, and usually it's after any minor action but I can't consistently replicate it

I'm suprised there have been few reported issues, I was hoping more users would've brought it up and make this more of a priority for the dev's to look at.

Unfortunately the jumping / disappearing dimensions fall into the category of "Takes longer to report than fix" and that's before you have to prove it. If GS aren't proactively pursuing this then it will eventually bite them hard as the software gains a reputation for being "unreliable".

Did some dimensioning yesterday on plan, came to look at the same View today before issuing on a deadline and parts of the dimension line chains are short. The only aspect I can think of in this situation is the chains have been extended after their original placement. It looks like after placing a basic chain and then zooming in to pick up some additional points, those extra points have been deleted. Thankfully not a lot of work to fix but still really ****ing annoying that this is still happening.