Lots of people have read it but no reply yet. Must be a really silly question!
Cornelis (Kees) Wegman

Not silly, just "difficult" to answer and whoever answers might get slapped by counter opinions.

Artlantis and TM are kind of like SketchUp. Simplified, easy to lean and use and eventually all renders will look the same (like SU models).

----
Choosing between Artlantis and TM is more difficult. There are not that many differences except "rendering style", "User Interface" and that Art has "Luminosity Surfaces" while TM does not (if it does I have not being able to find them or googled for them). If you don't know what "luminosity" does then choosing is easier, TM has glow objects but they don't generate GI. TW has better entourage OOTB than Art.

I haven't used Artlantis since we got Cinerender. Unless things have changed over the years, they both use your CPU for the render. Twinmotion requires a decent GPU (graphics card).

We tried Cinerender to see if it would yield comparable results to Artlantis at the time and decided that there was no need to keep buying another piece of software.

It took us a bit of time to get settings for Cinerender that we are happy with, but once you have them, you can save these as a 'scene' and just add them to your template and/or import to new projects. It does help to know which settings you tweaked, since you might miss out on new features with newer versions if you keep sticking to the same old scene though.

If you are somewhat familiar with photography, I find the settings with ISO values, shutter speed etc to be very easy to set up.

It’s not a silly question at all, but a preference will depend so much on the nature of your practice and what you need to accomplish. I never needed to produce high end marketing materials in my work. My interest was always how to best communicate design concept and development to a client. I also recognized in myself an unfortunate compulsive tendency to spend ridiculous amounts of unbillable hours trying to get a photorealistic rendering to a level of perfection no client would ever appreciate or see.

I hardly ever used Cinerender. That’s just me. I never understood a single word of its baffling and obtuse interface and it was obvious from the start that it promised endless hours of frustrating trial and error tweaking. The presets were there, but they left me with no sense of control over what I was doing.

I used Artlantis for years with great results. The reasonably sized real time preview window was a huge asset. But in recent years I’ve used it less and less. I’m not sure it’s even loaded on my current desktop.

Somewhere around the time Graphisoft gave us shadows in OpenGL I found that 90% of the time all I needed was simple screenshot of the 3d window in ArchiCAD with decent bitmap materials and a sun shadow.

But I think Twinmotion is pretty interesting. At first glance it looks like entourage on steroids, but there’s more to it than that. I’m impressed by the philosophy of its interface (though maybe not the interface itself). Instead of giving you hundreds of sliders to fool around with in order to create a night scene or a winter landscape, you simply change the season or the weather or the time and it does the all tweaking for you. Full screen and in real time. That’s a huge timesaver. You can still dig down into the interface and do the tweaks if you need to, but mostly the program gets it right. The direct interface with ArchiCAD is brilliant. In addition, it produces photos, videos, panoramas and a stand-alone 3d executable in a fraction of the time programs like Cinerender or Artlantis take. No more coffee break (or worse, overnight) renders. So far the main problem I’m seeing is that it seems primarily designed for exterior views and the lighting in interior scenes is tough to get right. Hopefully this will change with future updates.

You sacrifice quite a bit regarding interiors with Lumion and Twinmotion as they are fast by cheating the light calculations which can be quite noticeable in interior scenes where you have multiple light sources and / or rely on ambient light.
0 Likes
Share
Reply 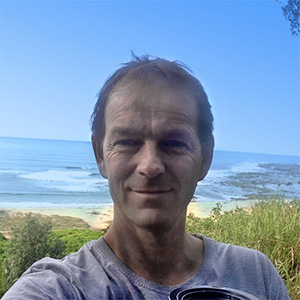 I used a lot of renders in my 20 years as Digital Artist. As a professional tool I prefer vray as it gives you the best quality and crunches an immense amount of polygons without slowing down much. Saying this I do use Twinmotion , Corona and CineRender too. The key is actually not which Software but the knowledge which of the many options inside the Software do you use and how ?

Just last week I released a CineRender Course and emphasis that the foundation of a CGI image has to 70% to do with your knowledge of what is important when showing of an image. It would take quite a while to explain this in full.

For more info please read through this link :

I have used Artlantis for many years, and Twinmotion for several. I think Cinerender is a great tool, and can be used easily following Erwin’s suggestions. But almost every time I need a render it is to show the new building in a very specific existing context. Where this can be done using photos for the context, Artlantis is a valuable tool. In cases where one can’t get usable photos, Twinmotion can be effective to build the context.

Not that all this can’t be done in CR, but I think there is a place for tools like Artlantis and TM.
ArchiCAD 22

We did do 'photomontage' for a while when we used Artlantis, but I found it tricky to get the lighting right (not even the shadows, just the tone of the daylight and such) and at some point we just started mocking up the surroundings sort of like a foam model would look (if you think back to the good old days of sweating over a model at 2 am for your 9 am presentation back in school). As long as you don't strife for photo realism, this works well.
Erwin Edel, Project Lead, Leloup Architecten
www.leloup.nl