I've been pondering an annoyance I've been trying to solve but can't find anything online which references this specific issue (which surprises me).

In the Layout Book, you set up subsets which automatically assign layout ID's to new layouts and the IDs auto update if the new layout is put in the middle of the set.  It's also easy to add a new layout exactly where you want it in the list by simply selecting a layout, right clicking and selecting create new layout.  Then it places the new layout below the selected layout and auto updates all of the layout IDs in the set so all the page numbers are correct.

I can't for the life of me figure out why the view map doesn't work in a similar manner.  I'm not a power user by any means so maybe I'm just missing something that is obvious the Eric Bobrows of the world but if I want to create a new view and I select another view and right click the only options available in the pop up menu are specific to the selected view and there is not option to create a new view which would then pop up below the selected view.  So you right click on the folder the view is to go into and then create the view which then goes to the bottom of the list and you have to drag it where you want it which even with a shortish list can be annoying.  A workaround is to copy a view that shows the same viewpoint by dragging and holding cntrl then changing the layer combos and such but that is kind of annoying too.  Also as far as I can tell the view ID is static and doesn't auto update like the layout books do.

It would be AWESOME if the view map could work more in the way the layout book does.  I imagine that many people like to organize their view map in a similar format to the drawing sets so that plans are together with plans, elevations with elevations and so on. If you use the view ID to put everything in a sequential order and you have to add a new view to the middle of the list that would mean you have to manually update the view ID for all of the views after it in the list just to make sure everything is in order.  To me that would be a tedious task which would drain productivity overall.

Is there a way to do what I am describing that I have just missed?  Should Graphisoft change the way the view map works to mimic the layout book (i.e: subsets and auto updated view IDs)?  Anyone else have a similar pet peave? 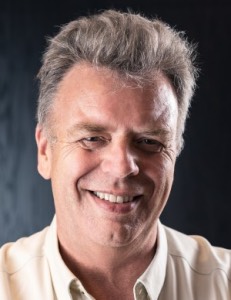 It’s a good idea Brad, maybe add as a wish 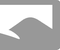