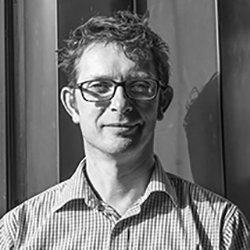 My understanding is versions only matter on what version the license is. You can run any number of instances of the the licensed version or lower.

If you have four version 24 licenses, each user (4) can run any number of instances of any versions on the same computer and that counts as one seat. 4 seats, four computers.

Your user C is only one seat and you are saying he is taking up 2 seats? Doesn't sound right to me.
Imac, Big Sur AC 20 NZ, AC 25 Solo UKI,
0 Likes
Share
Reply

Help Those Help You - Add a Signature
Creating a Thread

I have had to kick users out because they have multiple versions open and they have used multiple licenses.

If you have a single license, you can open as many versions and as many instances as you like.
I regularly have multiple copies of 20, 22, 24 & 25 running at the same time all from one license.

As I say that is my experience and is with the hardware keys (silver USB).
I don't know if the same applies for software licenses, as I don't use them.

Thank you very much for the discussion! This is an interesting one.

From my experience, there should not be any difference between how single keys and NET keys work. No matter how many Archicad instances opened, regardless of their versions, one user should take only one license only.

There are some special cases (like working on remote desktop connection), but in general, if everyone is connecting to the internal network where the key is in, they should only take one license for each session.

As this may require further investigation, I suggest contacting the local support if you are concern about the situation. Thank you very much for your help and understanding! Feel free to reach out if you have any further questions!