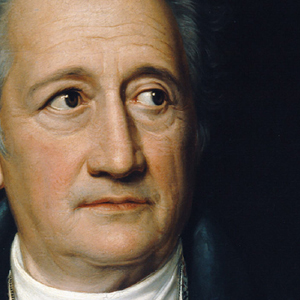 It is really hard to say without seeing the file.

What I would try is to open Archicad.
Go to FILE menu and OPEN.
Browse for the MOD file but tick the option to 'Open & Repair' the file.
See if that does anything.

Otherwise you can obviously open it in 3D.
Turn all the layers off (except the Archicad layer).
Right mouse click on the 3D window tab and choose "Pick view settings".
Now right click on the floor plan tab and "Inject view settings.
This should open the plan with all layers turned off.
If it doesn't crash then turn on layers one at a time to see if gives you any idea where the problem may be.

If it does still crash, I would take notice of the bug report number, send the bug report off and then contact your local support quoting that number to see if they can give you any ideas.

The mod files do not have the repair function. Another thing if I don't immediately switch between 2D and 3D and instead I go through different floor levels in 2d before, then problem does not repeat. Then this crash happens every now and then with different computers and different actions (like reloading the mod could also crash AC23). I contacted the local support Kubus here and they want to contact Graphisoft. Per se its hard to replicate the issue. I wonder if a library part or something like that can create such an error, or is there a way to check the error reports to see what component actually crashed AC23 ?
AC23 NED 7000 | AC24 NED 5000

AEismann wrote:
The mod files do not have the repair function.


No it doesn't, sorry - I didn't actually check.

AEismann wrote:
or is there a way to check the error reports to see what component actually crashed AC23 ?


As far as I know that is what the bug report is supposed to do.
The support people are supposed to get info from this.

Could you share with me the MOD file for further checking? Please let me know if you need a secure place to upload the file also!

Also, could you collect the bug ID of the crash? The instruction can be found here: https://helpcenter.graphisoft.com/knowledgebase/64553/, the ID should be available after you send the crash report.

Thank you very much for your help, and I look forward to hearing from you!

Can I just ask the obvious question, why you would have to manipulate a .MOD file?

Also have you tried to simply reexport / recreate the .MOD and does it then still crash?
macinteract
Design Technology Managers.
All  on macOS | since AC 6

Thank you for your replies, I have updated to version 5005 and have to see if the issue persists. List of improvements included something similar to what I had. If not I will generate an error report.

Schagemann, I mostly use Mods which their origin not within a main file but the mod itself. In place modeling with mods (working in one file as source) it can make things complicated sometimes, like working in more than one level, grouping elements and many other. I switch between two methods.
As for modelling in context : I can use two methods to have a context of where I am drawing (which I haven't used in the above example). One is to trace over an overlay of a parallel archicad instance, the other one is quickly copy/pasting a floorplan 2d to a worksheet (which is deleted anyway once the mod is saved).

The mod itself from the example above, was originally in a main file, which had the crashing issue, and when I split our project into pieces the error remained on the mod file, which can indicate a graphical issue that links to one of the library files. I think all are the defaults of AC23. Resaving / recreating doesn't help.

Another thing - working with BIM cloud we save our IFC's as mod's while the main downside is not being able to overwrite elements materials etc' in a structured way, I find it horrible to every time copy libraries of our IFC's to our BIMcloud and getting an endless collection of those.

I know how weird this workflow might sound, for me it works perfect ! When I see other projects' mess concerning all the view types, groups and filters they use to manage mods it scares me.

For me not being able to edit .mods in place and dealing with IFC's in the context of BIM cloud , are by far the most two downsides of archicad (i'm an ex Revit user). I think not something that is impossible to change.
AC23 NED 7000 | AC24 NED 5000

This happened again, I can say three things :

1. Having your file crashing as soon as you open it, is quite stressful, and says something about you software.

2. The way to fix this , is to remove yourself from the team project and BIMcloud, delete your local file, and join the project again.