I'm not aware of any way to mirror only one of multiple displays. As soon as you enable mirroring, AFAIK, all connected monitors display the same desktop.

I don't know of anything new in Mavericks that changes this.

If your Mac is older and uses a VGA or DVI connection for your monitor, you might be able to get an inexpensive "splitter" cable adapter that sends the same signal to two DVI monitors, in essence mirroring the content via hardware. Since monitors report info about themselves to the OS via the cable, I'm not sure what would happen if two fairly different monitors were plugged into a splitter.
One of the forum moderators   •   AC 25 USA and earlier   •   MacOS 11.6.3, iMac Pro
0 Likes
Share
Reply 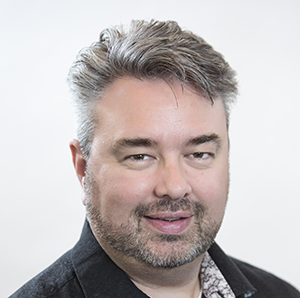 Couple of things to consider about multiple monitors. 1st off, the more screens you run, the bigger a drain it is for the video card. Unless you're running some pretty heavy duty equipment, like one of the brand new Mac Pros that just came out a month ago, it's likely that a 3rd monitor is going to drag the system down significantly.

As far as physically connecting it, we've had a fair bit of success using an "Apple TV" connected to our wifi and the TV in our conference room as a presentation device. I say "fair" because it there is still some lag between what I view on my monitor and what is displayed on screen at the TV. Not so much that is it is a problem for those viewing, but if I were to edit or try and select dialog boxes by looking only at the TV, it would be very frustrating. On the plus side, connecting is very easy and convenient.

I tried upgrading to Mavericks when it 1st came out, knowing that they had new features for multiple monitors and wanting to experiment and see if i could get better performance. I don't know if I should have uninstalled Archicad before upgrading to Mavericks and then reinstall Archicad after, but Mavericks was significantly WORSE for the display. Not only did the Apple TV display continue to lag, but it synced with the display on my laptop, so that my laptop screen had the same lag. Eventually I downgraded the OS back to Mountain Lion- it was just to unusable in meetings. This solved the laptop screen issue and the lag there (on the laptop screen, not the apple TV) is gone.

Of course, this was on an older laptop, (maybe 1-2 years) so it may have been that the video card on the machine just couldn't keep up- or it could have been that our wifi had too much traffic for the video signal to keep up. We still have issues with the wifi here from time to time.

Haven't upgraded any of our machines to Mavericks since.

To the notion of mirroring 2 screens and having a separate 3rd as extended desktop- it works with Apple TV. Basically, you turn "mirroring" off on the display preferences for the monitor physically connected to the computer (which it sounds like is your configuration anyway- extended desktop). The Apple TV only has the option to mirror, but it will only mirror the main display (whichever one you have the menu bar set on in the Display preferences). That might be different than the way you currently have your 2 displays set up- so it might require some alteration/ reconfiguring of your windows to get it the way you want. But conceivably it works.
Owner, Heritage Design Studio
AC 4.5-25
Maco OS Big Sur | 2.4 Ghz i9 | 32Gb | AMD RX 5700 XT
0 Likes
Share
Reply

Since I posted, we received a late 2013 iMac running Mavericks which supports airplay to our AppleTV. When I enable airplay, I have the choice of which monitor to send to the AppleTV... it isn't just the main monitor with the menubar. (Perhaps this is because the menubar appears on all monitors with Mavericks... or that our second monitor is an Apple LED Cinema connected via minidisplayport to a thunderbolt port. No idea... just know that I can choose either monitor to send to the TV... mirror all monitors...or extend the desktop.)

I'm not noticing meaningful lag at all. Could be my wifi router speed.

It's some combination of the hardware in recent Macbook Pros, Airs, iMacs ...and I'm not sure what other models... that allows airplay. Our 2009 Macbook Pro doesn't have the airplay option. Jack, you didn't mention what hardware you're using... so you'll have to see if AppleTV is an option or not for you. I'm guessing not, if your iMac is old enough to be running Snow Leopard.
One of the forum moderators   •   AC 25 USA and earlier   •   MacOS 11.6.3, iMac Pro
0 Likes
Share
Reply

Yeah, I knew Mavericks had options for how you choose to use displays that are different from Mountain Lion (10.8 ). I can also tell you that the airplay output option wasn't available until 10.7 (Lion) I think (10.8 for sure). I know for sure it wasn't there in 10.6 (snow leopard).

I'm also not sure exactly what the combination of the screen lag I experienced was caused from. i can say for sure it that on my early 2011 Macbook Pro 17", switching to Mavericks caused the laptop screen to lag with the apple TV monitor, and switching back to 10.8 resolved it. I am curious about taking my Mid 2012 Macbook Pro to mavericks to see if it was in fact the video card on the 2011 machine- I've heard from other that they can run Mavericks and apple TV without the lag now.
Owner, Heritage Design Studio
AC 4.5-25
Maco OS Big Sur | 2.4 Ghz i9 | 32Gb | AMD RX 5700 XT
0 Likes
Share
Reply