Hi
Have you considered NOT having an A1 plotter - I do everything at A3 even when final sheet size is A1. Builders etc download and do their own plots. If I really need an A1 set (even authorities prefer A3 and only ask for 1 x A1 so I email to a printer and pick up the prints.) Even multi sets of A3s are done this way as I only usually need to do check prints myself.
Even other architects offices will charge me 'mates rates' 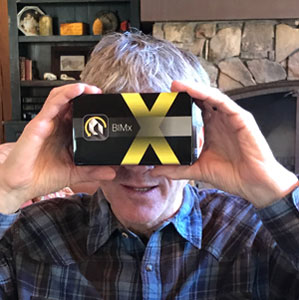 I believe it is the replacement to the HP DesignJet 110+ (which I have and which meets my needs OK. It's slow but cheap).

You'll want both the roll and the tray.
Marc Corney, Architect
Red Canoe Architecture, P. A.

I had an old HP450 plotter that I used for many years, but it was slow and now I email pdfs to everyone and have the blue printer just deliver the full size prints when I need them
(cost is reimbursable).

I bought a remanufactured HP 5000tn laser printer for about $360 and it will print 12"x18" and couldn't be more pleased.

Because my standard sheet is 24x36 the 12x18 is exactly half scale. Great for fast and easy check prints and they are so sharp I can read all the detail and scale things if I need to.

The only problem is that the old HP software won't allow my iMac to feed from the large tray, so I have to stack the fold out tray with 12x18 sheets when I print. Not a big inconvenience.

Thanks for the recommendation (and the advice about the roll attachment and trays), I was very happy with my current HP, so am glad to read that the current model is fine. My old plotter was also slow, but much faster than sending files to a plotting service then getting delivery back ($) or going to pick up the plots myself.

I did not have a plotter when I started my practice and used a plotting service (actually a reproduction service since I started with pencil on vellum then went to plotting when I got started with ArchiCAD), so I have had experience going that route. I need full size (min 18" x 24") sets for meetings and permit submissions, and have found I need fewer check sets as I have become proficient at checking pdf files on screen. In my current location it takes a minimum of 2-3 hours to get sets back from a service, and they charge extra for delivery, vs. the 15 - 30 minutes to run off sets in house, particularly when on deadline. Since I bill clients at the same plot rate as a service, the plotter has been a small profit center for me, so I expect to get the cost of the machine back in a few years. If I was within walking distance of a service then the equation would be different. Thanks for your comments, but an in house plotter has advantages in my situation.

Any other plotter recommendations, pro and con, are appreciated.

Brand new replacement to the DesignJet111

No pricing or availability.

Thanks for the links.

What is your operating system?

Mountain lion in a hackintosh, MacBook Pro and a iMac, the driver of canon are good and never I have problem with the ipf
www.garquitectos.es
www.garquitectos.wordpress.com
Morph tutorial: http://www.youtube.com/watch?v=ud5viMPQfAA
0 Likes
Share
Reply

I am posting a update to this thread so others can know of my experience.

I got the HP T120 about a month ago, it was about 30% less than the Canon Ipf605. So far I have only done black & white plots. The HP T120 prints about the same speed as my old HP 650C, but the printing starts much more quickly on the new machine after hitting OK to send the print job, so overall it is faster. The wireless connection was very easy to set up, now I can print equally well from my laptop or desktop machine. I would say the noise level between the two machines is about the same.

The only downsides I have experienced so far is that the old machine would keep the print job in memory, so if a paper roll ran out it would just resume where it stopped once the new roll was loaded, the T120 requires that the print job be sent again after loading a new roll. Also, the T120 will not print if any of the cartridges are empty or otherwise not working, the 650C was not so fussy (and I realize that from HP's point of view I did not purchase a printer, I bought a single source consumer of print cartridges).

The T120 also has sheet trays that handle sheets up to 12" wide, this is a plus as I have a builder using a 11x17 printer, so prefers output that size. With the 650C I had to run the prints on the 24" wide roll then cut them down. The roll margins are .2" on all sides, the sheet feed takes a .67" margin on one end, so some printable area is lost with sheets.

Thanks for everyone's input, I am happy with the new machine.

David, is your new HP Postscript compatible? Did you pay extra for the capability?

For José, I've been told that the Canon is Postscript capable without having to purchase that capability extra from HP. Is this so?

Kenneth wrote:
David, is your new HP Postscript compatible? Did you pay extra for the capability?

It does not have PostScript, adding PostScript is not an option, there are other HP printers that will accept PostScript.


Kenneth wrote:
All participants, is it necessary to have Postscript capability for printing/plotting? I'm on a Macintosh iMac and MacBook Pro; 10.6.8.

I don't see any need for it. For ArchiCAD PostScript is not needed (or used), I think you would need to identify specific applications that output PostScript to determine your need for that capability.

AFAIK Postscript is no longer needed on Macs at all except for perhaps some esoteric file exchange uses. Printing and display on Macs has been based on a version of PDF built into the OS for some years now. So if a printer has Mac drivers it should work with everything.

Minor aside: "Plotter" is getting to be an archaic term. None of the major manufacturers are calling them that any more. They are all printers now.
Matthew Lohden
Consultant, SF CA

I'm having issues with my 110plus and looking to replace it.
(with the HP T120 or the Canon IPF 605)
Marc Corney, Architect
Red Canoe Architecture, P. A.