Align View is an option to set your ARCHICAD model rendering to an imported background photo. It enables the architect to automatically reconstruct the position of a camera in the interior or on the street from a picture taken of it. This feature can be used both for inserting buildings into an existing street or designing an interior.

How to align the camera view

Let's say you have a photograph of a building and its plan as an ARCHICAD file.

You need to know the height values of two vertical lines (four points in all) on the building and their locations on the photo. On the screenshot below you can see two black hotspots on the Floor Plan and the heights of two distinct points of the building below each. Zoom in on the photo and place four hotspots at the locations of the four points with known height values.

After you have your hotspots on the picture, select the photo and choose Document/Creative Imaging/Align View... command.

When correctly done, the result will look as shown above, and the Align View dialog will appear.

Type the height of the hotspots in the appropriate fields in the dialog box. The upper points are located along the same vertical line as the lower points. In this example, these will be 2.64 and -2.21 meters (left upper and lower) and 3.08 and -3.40 meters (right upper and lower). After you click OK, a new camera will be placed on the Floor Plan. Select the original scanned photo to be the background picture in the PhotoRendering Settings dialog. Make sure the width-height ratio of the resulting PhotoRendering is the same as that of the original photo. You can also modify the size of the photo to suit the size of your PhotoRendering window.

Please not the following: You may have difficulties to reach an exact result if your image of the environment was taken with a device using a wideangle camera, or GoPro or it originates from Google street view or if it was taken inside of a building. As a rule of thumb please consider that the closer the image was taken to the building the higher the risk of inaccuracy is, because a small difference/inaccuracy generates a large difference in the result.
Labels:
0 Likes
Share
Comments 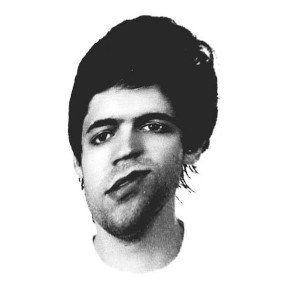 I have been trying this but I get the following message all the time:

Would someone be able to help?

Yes, there are a bunch of old (very old) threads about this back from the days when we were so excited when this new feature was introduced. 🙂

The root of this and other problems with Align VIew comes from the fact that the Archicad "camera" is perfect - there is no camera lens in the world as perfect as a 3D CAD projected view.  So, the photo has to be made as close to perfect as possible....

The typical problem is the camera lens with which the photograph was taken. Lens distortion is most common (and can be extreme) with wide angle lenses.   You have a few choices.  The best is to take the photo with a good camera/lens combo - which does not include most cell phones.  Ideally about a 50mm to 85mm lens, but a telephoto can be OK.  Lens distortion is the least in the center of the frame, so take your photo in a way that you can crop all edges ... or that the model aligns with bits that are in the center portion of the image.

If you do not have the option of taking a better photograph, then take the image into Lightroom, Photoshop, or some other photo editor that has a lens distortion removal filter, distortion/alignment tools, etc to make walls perfectly vertical, etc.

In the end, I stopped using Align View because of the difficulties of getting a perfect alignment ... combined with the more important issue of getting the rendered model to have a believable atmospheric rendering for the tone of the model and image to make sense together.  Additionally, resolution/grain/pixelizaiton of the model and photo will differ greatly.   Thus, many of us chose for static presentation context images to get the closest alignment possible, but then to merge the model image with the photo in Photoshop where one or the other can be distorted (free transform tool) to fit perfectly, and with layer control, the model can be toned and feathered into the photo.

@ape2000 My comments above are almost identical to ones from 18 years ago here:

Use the search function of this Community and just enter your error phrase: unable to place camera