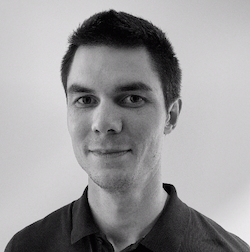 AirDrop on iOS gives you the option to share the entire BIMx file between iOS/macOS devices (*.bimx), simply enable the feature and quickly share your BIMx file with your colleagues or partners. Share your BIMx Hyper-model (*.bimx) using your Google Drive account, once shared simply send the download link to your partners, or grant them access to the file, so they can simply access it straight from their BIMx mobile app. The below animation combines both AirDrop and Google Drive sharing, presented one after each other in this order:

Twitter, Facebook*, LinkedIn, and all your favourite sharing methods apps can be added into this list, simply swipe to the end of the row and press More to add apps that are installed on your mobile device. Except Facebook creating a 360° image of your 3D model, all other applications will create a static image of your view. *Publishing a 3D view to Facebook will create an interactive 360° image, publishing from a layout or from the Hyper-model index will create a standard static image. (See detailed explanations further down)

Use the Facebook extension to share a 360° view of your project, from the 3D model simply press Share - Facebook, you will be prompted with the usual Facebook post pop-up window, select the audience, the text content of the post and press Post. Once published the picture will appear as an interactive 360° picture in your profile (Publishing directly to Pages is not possible), your friends or business partners will be able to check the selected view as you see it in BIMx. Please see Facebook 360 Photos official page for further information and FAQs.