In the launch event Huw mentioned the Archicad 4 year roadmap is already available and it contains more detail about the content discussed in the launch.

I went looking but couldn't find it anywhere - anywhere know where to find it?

Hey I've made a screengrab of the AC Roadmap, hope it helps 🙂

Just a lot of generic terms and vague sounding phrases that tell you nothing at all and doesn't hold them to anything or any commitments.

That's not a roadmap.

BIM Systems Hyper Integrated Technologies. I'm sure there's an acronym for that. 🤡

That is no road map. I have been listening to those promises for the last 15+ years. So I didn't get any of them since 2006.

Yes I would have to agree on that. Unfortunately it's what we got... Sad to hear that this is a feature that has been requested for so many years. In all I must say I am quite disappointed with the whole "one platform for all disciplines" type deal.... really reminds me of Autodesk rhetoric.

Too generic. Just words in the wind.

Archicad 27 will have the amazing "design options" tool😆

But really, they are going to waste another release with something that a simple "save as" can solve.

This tool already works as a desing options tool. 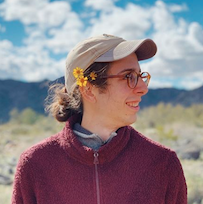 I'm always so jealous of the Vectorworks public roadmap, it's rather detailed compared to the nonsense Graphisoft calls a roadmap.

Yes, it's almost embarrassing that they're "sister" companies under Nemetschek and yet when you compare the Road Maps of the two and it's like night and day..

Something really weird is going on here.

Actually, the answer is right in front of us, its just that we are desperately refusing to see it.

I've always speculated that that's what a lot of Archicad competitors do.

Even Autodesk if you look at some of the new features in their recent releases or visit their Trello boards.

Either you find new features that look  like they were mined straight out of Archicad or like they were responding to something that's being asked for in the Archicad wishlist forums.

For example, where do you think they got this idea from :-

.....and this is something we were just discussing the other day on a thread here as an improvement that GS should make for Archicad :-

Improvement of elevation benchmark tool for automated coordination in viewports."

......and now it's on a Vectorworks Road map  as a possible feature to add in a future release.

Part of it I know (especially in Vectorworks' case) is because there's some cross-over of users who use both programs and naturally with ask for the same things in both.

But there's a big part that just seems like their developers take their cue from what Archicad users want and then work to integrate those wishes as new features in their programs.

If it's a marketing strategy to glean users from Archicad over to their side, then I must say it's genius.

But then you have to wonder why Graphisoft are so bad at this as to completely squander the wealth of great suggestions and wishes from their users which are otherwise gold for these other companies.

You do know that VectorWorks and Archicad are owned by the same company right? I would hope that the two learn from one another.

Yes I know that, which is specifically why I referred to them as  "sister" companies in a post above.

But at the same time, and in this specific case,  "owned by the same company" doesn't necessarily mean "run by the same people".

Nemetscheck is a holding company - in that, while it does "own" the stake of both companies, it doesn't actively take part in the day-to-day running of either as they're allowed to operate independently and autonomous freedom.

They do on occasion share technological assets between then.

For example, Maxon, - another Nemetschek company and maker of Cinema4D - having it's Cinerender engine as the main rendering engine of Archicad and Vectorworks, or the recently acquired (by Maxon) Redshift render engine also being integrated into the latest version of Archicad.

There is a limit to how  much of this technology sharing can take place between the companies since they still all retain their technology and Intellectual Property (IP) proprietary rights.

(by which I mean, the makers of Vectorworks for example can't just reverse engineer a copy of Archicad to make a PLN format reader for Vectorworks.

It's the reason why you can't open Vectorworks (or Allplan) files directly in Archicad or vice versa. It's important for these respective companies to retain their technological and IP rights for their ability function as financial and business entities even despite the fact that they're all "owned" by the same "parent" company.

Them learning from each other would be great.

But it seems like (on the Graphisoft side at least) getting external input and feedback, not just from your own customers, is frowned upon and seen as a bad thing (?)

Sorry I missed your earlier post. Thank you for the detailed response.

I completely agree with your statements.

I think a lot of us feel the same way about having a public roadmap. Just like you, I don't understand why they don't welcome the input of their users. I find it extremely silly that the beta is closed and tented. I just posted something about this in a separate thread.

I applied to be on the beta team for the last 10 years, never been selected, but I would be interested to know how it works.

Lastly, we are now on subscription anyway. Do we really need to wait for major issues to release items like new cabinetry and new materials?

Every company that has a public roadmap (and that's most serious companies these days), have them presented as more detailed, organized and obviously flexible or adaptable to changes while still having concrete .yard marks to hit and hold themselves to.

That's because they view their roadmaps as a tool for BOTH themselves and their program users and customers.

It's not just some PR fluff you put out there to shut up your vocal discontented customer-base.

Either you take it seriously or you don't do it at all.

You're just inviting more problems down the road if you don't and are just playing a lip service game.

Well, most of the major release launch this year feels like it was PR fluff.

These are some of the highlighted new features - grasping at straws much?