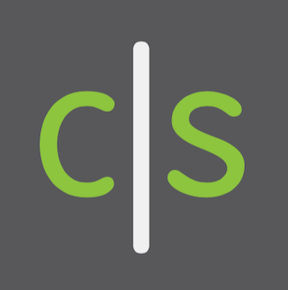 Apple today announced the new Mac mini with an M2 chip. At hundreds of dollars cheaper than the Mac Studio (with older M1 chips), I'm wondering in ArchiCAD would work on the Mini. I'm not a hardware expert by any stretch, but does anyone here have any thoughts on this?

It should definitely run Archicad... and presumably better with the M2 Pro model.  But, do note that even though the Mini has the M2  or M2 Pro... the Studio has the M1 Max or M1 Ultra with specs that should outperform the mini with M2 Pro by a wide margin, with many more GPU cores, and vastly faster memory bandwidth (400GB/s or 800GB/s on the Studio vs 100 GB/s to 200 GB/s for the Mini)

Also note that there is an M2 Max already... but it is not available for the Mini ... only for the newly announced 14" and 16" MacBook Pros.

By the time you configure a mini to be apples to apples (as much as you can) to a Studio, the cost savings is only about $200 for potentially significantly less performance (if you match the memory and the 10GB ethernet).

I would wait at least a few weeks for some benchmarks to be released...

P.S.  Note, too, that the Ultra has active cooling while the Mini does not.  So, besides the Mini being limited to the Pro chip - vs Max/Ultra - there could potentially still be heat throttling at times in the Mini.  Again, only a bit of time for some benchmarks to be run will tell us...

Edit: Thanks to @justdhruv for pointing out that the Mini does in fact have active cooling (fan blowing through heatsink).

Mini does have active cooling.


Mini does have active cooling.

Thank you for correcting me!

I did just compare teardown videos of the (M1) Mini and Studio and the heat sink and fans of the Studio are definitely more massive for the hotter Max and Ultra chips, but no doubt Apple engineered the Mini to have adequate cooling.

For anyone interested in the Studio cooling, it shows up at around 2:38 in this video:

In order of chip/GPU power and performance, I would rank like so:
*purely based of my own research and is not an exact science. I welcome any revisions.

So basically, choose carefully when comparing M1 vs. M2 models as they are not all created equal.

We have 4 of the original MacMini M1’s in the office that seem to be running AC 26 absolutely fine especially with the recent upgrade to the ARM version of Archicad.

Wonderful responses! Thank you all.

I am sitting on the fence, regarding getting the new M2pro. Macmini. The top of the line M2pro and the entry level Macstudio are at the same price... with the M2Pro having  a Cpu Advantage and the M1Max having a GPU advantage.

If the new studios get introduced at the same price points as last year, then at $2000 the studio will be a better deal than the Mac mini.

I am also looking forward to Raytracing support in Apple silicon GPUs. Which we will get most probably in M3. I am torn between going of the M2pro at $2000 price point, or going for M2 at $1000 price point. and then buying the M3max based macstudios whenever they are launched, may be a year from now.

(Scroll to the bar charts for the results.)