Prevent locked objects from being selectable 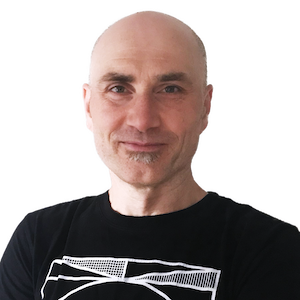 Ok, you have your toggle, what happens if you want to unlock the Locked element?
Apple iMac macOS Monterey / AC25UKI (most recent builds)
0 Likes
Share
Reply

i think this would be very useful. This happens to me a lot with section markers and overhead slabs. If im working on a specific floor i want to select that floor slab first, not the one above. Also, I dont want to be turning on and off stuff just so i dont select them or worse, creating new layer combos just for this. Maybe a selection hierarchy list could be useful
0 Likes
Share
Reply

jl_lt wrote:
Maybe a selection hierarchy list could be useful


A pop-out list of selectable elements might be a nice idea.
But for now you can cycle through them with the TAB key.
The element you are about to select will pre-highlight with its info in the pop-out info box.

I am happy to say this wish has been recorded in our WishList database already (please refer to it in the future as Wish #11816). Hopefully, our Product Management team will adopt this one in the future.

Hi! two years are gone already, but this function is still not available...i'm working on a project where the terrain mesh is gigantic and locking the specified layer is not enough...every single mouse click will select the mesh and as you can image, is impossible to work on it!! please make it happen!!

For this reason I generally work with the terrain mesh layer off, or with it on it's own story.

yes of course, but in a certain moment i have to switch on the layer...and is a mess only moving the cursor...

I think that what Mr. Tomek is talkin about is that sometimes you have something in your drawing or view that is already set and should not move again, but you still want to keep seeing it while working yet it actually interferes with your selections everytime you click on it (section markers with distance are particularly cumbersome on this). So i think what he is asking for isa n option to remove locked objects out of the selection cycle without turning them off. Personally i would find this quite useful

DGSketcher wrote:
Ok, you have your toggle, what happens if you want to unlock the Locked element?

You toggle the toggle so that you can select locked elements

It's too bad that the poll is gone (it is on the old archicad-talk forum), but at least according to Minh this is #11816 in the wishlist database...

I find tabbing fine...but I, too, would like locked elements not to show up in the tab sequence = the original wish of locked being not selectable.

It seems to me (at his moment anyway) that the only reason to 'select' a locked element would be to use it to populate the Find & Select fields... but that can be done with the eyedropper.  And speaking of the eyedropper, that could still be used to pick up the tool and element settings even if the locked element could not be selected just by eyedropping over a hotspot... which is a non-selecting operation.  Similarly, drawing a selection marquee around elements that include locked elements should just ignore the locked elements.  At least that's my interpretation of the 2 year old wish, which I think would be useful. 🙂

And, then the issue of needing to select to unlock... as Tomek said, you untoggle the 'locked elements are selectable/or not' toggle .... which I see as being very similar to the 'suspend groups' button.  I could see an icon of a padlock with hotspots around it for the locked items are/are not selectable.

This is one of the things that bewildered me the most when I started with Archicad.

I think AC is the only program to ever have this quirk. Very unnatural, I have to say. Also makes the onboarding process for new users difficult.