Then it would be the same if Archicad works on Win or Mac.

GDL as language is well known and exits within Archicad.

Just let GDL get access to the Data of other objects - for Example let GDL follow the Polygones of slabs or make it possible to create native walls or dimensioning with GDL - commands.

Till now- You create library objects with GDL. Why not Walls - Slabs, Roofs direct? Normal to edit after creating them?
AC5.5-AC25EduAut, PC-Win10, MacbookAirM1
0 Likes
Share
Reply

Have you had a look at accessories?
Objects can be tied directly to roof, slabs and walls the only problem
is Graphisoft don't maintain them directly themselves.
We do projects homes here and the accessories save us hours on each project.
Our group sold 1400+ homes in the last 12 months so that equates to HUGE
time savings for us and it keeps elements associated when changes occur to
projects!
0 Likes
Share
Reply

Hi,
yes accessories are great and i'm making big use of it.
But it could be taken a lot further.
For example if your GDL accessory create beams and floors elements on your slab, or walls on the sides, it would be great to be able to export them as individual objects. Or at least be able to describe them as IFC entities for communication with other programs.
OK now when I write this I realize that it should be possible to generate IFC files directly from GDL objects.
0 Likes
Share
Reply

8 years later and there's still nothing? they don't care about customers, do they?
0 Likes
Share
Reply

oterjni wrote:
8 years later and there's still nothing? they don't care about customers, do they?

Of course they care, as evidenced by the improvements and features added to ARCHICAD since this thread started. The fact that they do not see enough customers as interested in a scripting language for the tremendous cost of implementing it doesn't mean they don't care about customers - only that they care about the needs of the majority of customers, not the handful interested in this feature.
One of the forum moderators   •   AC 26 USA and earlier   •   MacOS 11.6.8, iMac Pro
0 Likes
Share
Reply

I strongly look forward to even better Grasshopper integration (reading and writing to ARCHICAD - elements, properties, attributes), but remember that Grasshopper runs on an additional CAD software Rhino, with its own license. Price is fair, but not free.
--- stefan boeykens --- architect-engineer-musician ---
Archicad26/Revit2022/Rhino/Unity/Solibri/Zoom
MBP2019:i9Octo2.4GHz32GBVega20/Monterey+Win11
ARCHICAD-user since 1998
0 Likes
Share
Reply 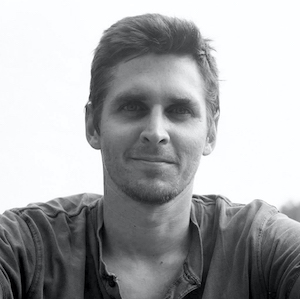 laszlonagy wrote:
I have a hope that in the future the Grasshopper-ARCHICAD Connection will be developed further to the point where you can practically obtain any data or any setting of an ARCHICAD Project File in Grasshopper, perform any kind of operation on it (including running Scripts in GH, like Python scripts), then writing back the result into the ARCHICAD file.
That would be the ultimate in tapping the vast resource Rhino and Grasshopper have to offer. It would make a scripting feature within ARCHICAD unnecessary.
I hope that the new features of the connection just announced are a first step in this direction.

Yeah! I really hope for this too! although as it's been said rhino is an additional tool to buy!
Anyway we are all excited about this connection to get stronger and this could potentially bring a lot of strong Rhino users to Archicad as their BIM tool!
Jorge Benéitez