HelpSign In
Wishes forum
Turn on suggestions
Auto-suggest helps you quickly narrow down your search results by suggesting possible matches as you type.
Showing results for
Search instead for
Did you mean:
Options

No I'm not coming from Revit. My brain is too old for this... 

Since Graphisoft start developing its "properties/calculation features", it Just seems to me the logical and simple way to deal with some long standing wishes using already existent resources.

Let's see if Nemetchek will stop for a while dragging down ARCHICAD core development by attaching it to other product families... I know it is a good business move, but it still a pain in the arse for us.

But anyway... I think that this feature alone could be a game change for Graphisoft.

Another wish that could be addressed with "Property Filter View Option"...

I'm sitting on the fence with this. As much as I can see the 3D filters being useful alternative to modelling with layers, we are still left with the documentation issue which only really works with layers. IIRC AC was originally split between modelling & publishing and Sketchup has gone through the same process that ends up with an amalgamation of 3D modelling views which are then passed to a 2D environment with layers for documentation. If you are looking to remove layers from the documentation process I don't think it would work. It could even complicate the situation as in Navigator you would need a 3D Model View Map as well as a 2D View Map for annotation before passing the 2D results to Layouts. How do you see your wish operating with the documenting process?
Apple iMac macOS Big Sur / AC24UKI (most recent builds)
0 Likes
Share
Reply

Property Filter View Option could work on both 2d and 3d.
Most of Archicad elements (for documenting and modeling) can have properties assigned. If I remember well only Figure, Drawing, Section, Detail, Worksheet and Camera Tools can't have properties assigned.
I can't see any technical/programming issue in adding property capabilities to these tools. Please correct me if I am wrong.
Documenting elements could be filtered, as per view, the same way as modeling elements.


It could even complicate the situation as in Navigator you would need a 3D Model View Map
as well as a 2D View Map for annotation before passing the 2D results to Layouts.


I can't see any problem/conflict in Navigator, as each View and Project Map could have their own "Property Filter". Could you describe a working situation?
Paulo Henrique Santos, Architect
AC24_INT#3008 / I7 / 16Gb / 512Mb SSD / Windows 10

Details & Worksheets create independent 2D data and as a consequence loose significant associations with the model data e.g. a wall will become a brick material fill. Do you then have to create new data to manage the 2D view? If the fills inherit the original properties / categories of the wall then that would be helpful.

You are asking a lot of GS and such matters need to evolve to work with legacy data which may be 10 or more years old. Those old elements won't have property data and therefore will need the layer system if AC is to display the information correctly on opening without someone spending days or even weeks updating each element.

As a first step you need to persuade GS of the benefits of a Property Filter and add it to either the Model Display option or as Laszlo suggested Graphic Overrides, although I think the latter can already be a challenging management exercise without adding property filters. Filtering the model by properties / categories in plan, section & elevation has much appeal but equally you may find the filtering process to be no less complicated than layers given the number of possible categories & properties that could be used to describe a single element. Have you considered data reliability in your assessment e.g. how easy is it to find an object that is misdescribed and therefore fails the filter display criteria? Would you even realise a critical beam was missing because a property value was not set?
Apple iMac macOS Big Sur / AC24UKI (most recent builds)
0 Likes
Share
Reply

For legacy matters, all elements (2d or 3d) should have at least one Property that can be called "Layer" in wich there is an "Archicad Layer" by default that can't be deleted, but you can add more itens in a dropdown list checkbox. Old project can be acessed by converting "Layer" to "Property Layer".

The current layer system, is a binary one. You have to choose what you want to see, and what you don't want to see for each Project and View Map. The logic of a Property Filtering system is much more advanced than this. For a simple example: I can create a Property called "View Maps Property", that could list all the available View Maps on the project with a dropdown checklist in wich I could check all the View Maps I'd like that element to be seen.
Then I'd create a Property Filter for each View Map that would Select All Elements that its "View Maps Property" contains "Current View Map". The power of a Property Filtering system is endless and can suit all the user possible needs.

There is another option which wouldn't take much effort by GS to implement, although it may not meet your filtering expectations and that would be to remove the "Binary" status of the renovation filter and allow for objects to appear in multiple renovation settings. This would simultaneously remove some of the phasing frustration that has been mentioned elsewhere but it would also be adaptable to allow for property filtering. The user can use a saved "Find and Select" for filtering by property and then simply assign the appropriate renovation status for those objects to be displayed. How does that sound?
Apple iMac macOS Big Sur / AC24UKI (most recent builds)
0 Likes
Share
Reply

It would work. But honestly... It's not what I would expect from a company that is commited to be the number one on the market.

No offence... Your solution is functional but it would always be like a "Silver Tape" on a leaking pipe in a combustion diesel engine.

I think that a Property Filter View Option could be the "Unified Theory" of project documentation.
Paulo Henrique Santos, Architect
AC24_INT#3008 / I7 / 16Gb / 512Mb SSD / Windows 10

Ok. It has passed a year since I have posted this long time whish (Which is also very known in the community), and I would like to present some improvements to the original idea.

Initially, I proposed a Property Filtering System in alternative to the outdated Layer System. And I came to the conclusion, that this Filtering System could be applied not only to properties, but to all Elements within Archicad.

So. Now I propose the creation of what I call "Model Filter View Options" Settings Dialog Box. It would be similar to the Graphic Override Settings Dialog Box, in which we could create Combinations and Rules. The main goal to this approach would be to completely eliminate the existent Layer Settings Dialog Box (Which have the Lock/Unlock, Solid/Wireframe and Intersection Group Number that are still essential for the project workflow), but also allowing to manage legacy issues. I also remember that this solution would demand that each and every 2d/3d element in Archicad could have Properties assigned and a Layer Property would be standard and undeletable to each element. As you can see in the illustration, the Lock/Unlock, Solid/Wireframe and Intersection Group Number would be assigned at a Rule Level in the Filter Combination Dialog Box. This approach would also eliminate the Renovation and Partial Structure Dislplay Pallet, as the Renovation Status and Structure Function would be other standard non delectable property like Layers.

Basically these are the new ideas to this whish IMO, which along with a Dedicated Shared Resource File, is the crucial improvements that Archicad need at the moment.

I will maintain the Poll with the votes as they are, because I think that the essence of the whish is still the same. But I will put a note on the first post linking to this one just for update reasons. (Edit: Well... it seems that if you change the Title of the Poll it automatically reinitiate the vote count. Which is logical. )

All comments are appreciated. 

@Paulo, I think you may be hitting the developers brick wall now. I can see how classifications should play an important part in the model display. How that is implemented will come down to GS who I would hope have a better handle on their data structure and roadmap than you or I. It is good to keep the idea alive, but I think we know that you can tell GS something isn't as it should be and if they feel like it they will implement their own solution and ignore consequential user problems anyway.
Apple iMac macOS Big Sur / AC24UKI (most recent builds)
0 Likes
Share
Reply

Yes. Another tricky whish. It won't be long until GS kick me out of here. 
I revisited this whish after this post by Tim Ball. I agree with the idea of assigning data at a Building Material level. And with a Model Filter View Option, it would be the documentation nirvana.
Paulo Henrique Santos, Architect
AC24_INT#3008 / I7 / 16Gb / 512Mb SSD / Windows 10 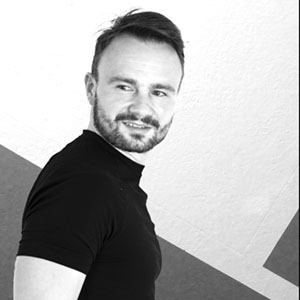 Thanks Braza for developing and elaborating this wish in details. In my opinion it is crucially important. Limitations of layers and layer sets do not allow to manage and document BIM model in ArchiCAD enough effectively. However I would make this functionality parallel to existing layers system instead of making a replacement. That would leave decision to user which system to use (it is a new level of complication not everyone is willing to accept) and also would make exporting to other formats that use layers system less complicated.
0 Likes
Share
Reply
Israel de Quevedo
Contributor
Options

Thanks Braza for developing and elaborating this wish in details. In my opinion it is crucially important. Limitations of layers and layer sets do not allow to manage and document BIM model in ArchiCAD enough effectively. However I would make this functionality parallel to existing layers system instead of making a replacement. That would leave decision to user which system to use (it is a new level of complication not everyone is willing to accept) and also would make exporting to other formats that use layers system less complicated.

A basic template could be created with element overrides based on classical layers, and another template for element override using more advanced filters. You just have to choose the template that you like the most.
0 Likes
Share
Reply