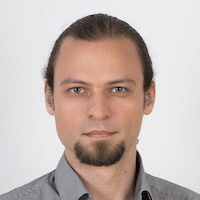 Related version: from 2022.1 Below there are example specifications for every components based on the number of active users. Note that the load on a BIMcloud does not only depend on this, but also on other factors, such as the size of the projects, usage characteristics or network bandwidth. If you need further help in choosing your hardware for BIMcloud get in touch with your local Graphisoft reseller. In case more BIMcloud components are installed on the same computer, make sure that both system requirements are met.

In case of CPU the most important feature is its clock speed. Basically, the more users and projects that are active the higher this clock speed should be. Using a 4 cores 64-bit CPU with high clock speed (2.5+ GHz) is recommended.

Depending on the number of active teamwork users, 8-16 GB RAM is recommended. The more teamwork projects the users are working on the more memory must be allocated for the BIMcloud Manager.

5 GB disk space is required for the installation. Maintain the minimum of 50 GB of free space for standard operation.

* Make sure to calculate with the size of projects and libraries.

The BIMcloud Server component is less sensitive to CPU clock speed - but minimum 2.2 GHz - than the BIMcloud Manager, because it is capable of using as many cores as it is given. Using a 4 cores 64-bit CPU is recommended, but with more than 50 users who will be accessing the server at any time, 8 cores should be considered.

16 GB RAM for the BIMcloud Server is strongly recommended. On servers that are serving many Teamwork users or running large Teamwork projects having 32 GB can easily speed up the overall performance. As a more specific calculation, use 2 GB plus 1.5 times as much RAM as the actively used projects' size, which is approximately 4.5 times larger than a PLN (and actively used means used at the same time by Teamwork users). For example, if there is a 1 GB and two 3 GB size projects which are used on the same BIMcloud Server actively at the same time, then 2 + 1.5 x (1 + 2 x 3) = 12.5 >>> 16 GB RAM is recommended.

64-bit CPU with 4 cores or more is recommended.

16 GB or more is recommended.