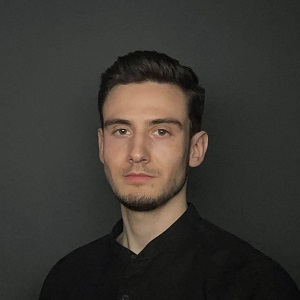 BIMx Desktop Viewer version 2022.4025 was released with Archicad 26 on July 14, 2022. The new product version is part of the Archicad package and it can also be downloaded from here.

The updated BIMx Web Viewer version 2022.4026 is already available on BIMx Model Transfer and opens Hyper-models in a new browser tab instead of the smaller embedded frame.

BIMx Web Viewer is available on BIMcloud as well.

Last year, we introduced the renewed BIMx Desktop Viewer that was based on the BIMx Web Viewer. That version could open not only the 3D model but the 2D documentation as well, use hyperlinks between 2D and 3D, and display BIM data associated with elements. This year, we made BIMx Web Viewer available on BIMcloud too.

This article describes the recent updates that introduce the benefits of BIMx’s new, more modern 3D model format and our on-the-fly rendering already used in the mobile apps.

The previous Headlight basic rendering has been replaced: south-facing sides are lit with a light warm color, and north-facing sides are slightly darkened. It helps to display the model more realistically according to Location Settings defined when exporting from Archicad 21-26. The skybox also changes in BIMx with project orientation, but only for models exported from Archicad 26. The basic shading is replaced on all 3D models except ones using Global Illumination – in this case, turning off Ambient Occlusion will display the model with GI.

See Location Settings in Archicad User Guide. You can alter the direction of light in BIMx by changing the location with coordinates or defining Project North graphically or with numbers.

See the example below comparing the previous BIMx Desktop Viewer (build 3441) with the new version (build 4025):

The virtual building now reflects project orientation for a more realistic look. Now, it's easy to differentiate the south and north-facing sides of the building when navigating in the BIM model.

Ambient Occlusion is BIMx’s on-the-fly rendering already used in the mobile apps. We introduced this method to replace the old, precalculated Global Illumination (lightmaps), which add a nice shading to the model but can also take for hours or even days when exporting large models for BIMx. Also, Global Illumination has rendering inaccuracies:

In BIMx models exported from Archicad 26, and BIMx models from earlier versions that don’t use Global Illumination, Ambient Occlusion is turned on by default.

Ambient Occlusion is calculated on-the-fly and added to BIMx’s new default rendering. It creates a gradient darkening on the edges of 3D elements to help understand their spatial location and relation to each other.

More accurate rendering and a much faster export process for quick iterations. Generating the 3D model for BIMx is ready in seconds or minutes — instead of hours with Global Illumination.

The Camera View Cone defined in Archicad was not considered when opening 3D models in the previous BIMx Web and Desktop Viewer versions. When viewing 3D models exported from Archicad 25 or earlier versions, the View Cone had a fixed value at 60°.

Archicad 26 exports 3D models only in the new 3D format, including the View Cone value. You can define View Cone for BIMx in 2 ways:

Now not only the mobile apps, but BIMx Web Viewer and BIMx Desktop Viewer will also open the model accordingly. This enhancement is useful primarily in interior views. The example below shows the same 3D model saved with 60° and 100° View Cones:

Architects can align the 3D model's fixed view angle to fit the presentation’s purpose on computers.

Learn about all the new visualization features of Archicad 26:

To learn more about all the new features of Archicad 26, read this article.

Can I inspect FPS of the 3D view in BIMx Desktop? Or how to open show FPS number in the viewer?