PatHarding88 wrote:
I was frustrated to find out that something I've been asking GS/CI for 15 years, the ability to mirror plans easily is now available at a cost of $800aud per year.

For us that's a small price to pay to save hours of work, but we're already paying for the software initially / select agreement / Ci Coverings and now this. It's all owned by CI why not make it all free with Select (because money)? I was fine with paying for Cadimage when it was a seperate company and I'm still fine paying the bumped up pricing for plugins that are not required for the core functionality of the program. But to charge a fee to flip a project that's a bit rich.


Firstly let me say I agree with you that tools such as these should become part of the main Archicad program.
Even if it is like the non-supported 'goodies' that have been there since day one but have never been amalgamated into the main program - but the add-ons are still updated for every version.

Central Innovation (formerly CADImage) did create this add-on.
They are resellers for Graphisoft or maybe they are partners (I don't know), but I don't think they are owned by Graphisoft.
However I still think a tool such as this should become part of the program for all users worldwide.

I would check with your Select Agreement with CI.
With Archicad 24 this transform add-on (as well as some others such as cabinets, electrical and doors and windows) are included as part of the select agreement - so there should be no additional cost.
I don't know that these become available for earlier versions, but they are definitely part of 24. 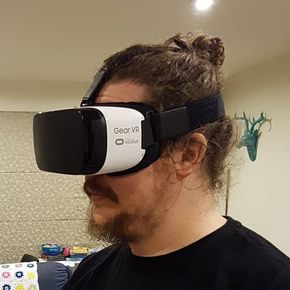 Hi - yeah, as Barry mentioned, if you're an Australian Select customer, then you have Transformer provided for you as well as Cabinets, Electrical, Doors+Windows, and Detail Elements.

Transformer in particular is only available for v24 though.

If you're having trouble getting it, or making it work, please just log a support ticket with us and we can help you get up and running.
Josh Osborne - Central Innovation

Can the transformer too be swapped out for one in the CI Tool packages? I current have 7 tools but some have become redundant.