Has anyone run Archicad on a new Mac Studio? If so how was the performance?

Yes, two times the following one:

But we have only started testing and in a week I can say more. Both workstations had an iMac i9 from 2019 with 40 GB RAM, 1 TB SSD before.
We won't do time measurements specifically, but will mainly work on the large, currently very sluggish projects.

As the Mac Studio computer is unproven in the market, and we haven't concluded our testing, it's not prudent to give a green light on recommending it.

That said, if it becomes approved by our testing and is proven in the market, below is the Mac Studio configuration that would likely be recommended for most Archicad users with one or two monitors/displays:

That was from March 22

Thanks for posting that. I just ordered one last week, with 32 core GPU and 64G of memory.

Great.. please post your results.  I have a 2017 iMac/27" and it seems to have some old system level junk interfering so it's matter of wiping and a clean install.. or move on to a new computer.  A new one seems like a much better idea than doing all that work 🙂  The new Studio monitor sounds pretty nice too.

No one going with the M1 Ultra, aka The Big Guns? I’ll be transitioning from an iMac Pro.

Another poster here posted on another issue but as a side note was complaining a lot about the performance of Archicad on an M1 Max chip: Mac M1 Max and Archicad 25 bug in 3D

Doesn't make me feel good about moving to Apple's chips... 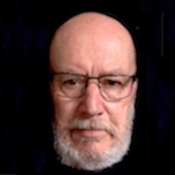 I find this reply from Graphisoft very strange  "As the Mac Studio computer is unproven in the market, and we haven't concluded our testing, it's not prudent to give a green light on recommending it." Apple silicon has been around for nearly 2 years and THAT is the issue. Apple are going over completely to their own chips and that is the question being asked, not which computer but when will Archicad be able to run natively on Apple silicon.

I literally can't run the latest Apple OS so I HAVE to get a new computer.

All the remaining Mac products use Apple Silicon

So what choice do I have ! Its time to take Apple Silicon seriously

I find it strangely upsetting. What I would like to hear is Graphisoft’s timeline for getting Archicad to run natively on Apple silicon.


I find it strangely upsetting. What I would like to hear is Graphisoft’s timeline for getting Archicad to run natively on Apple silicon.

No specific date, but later this year.

We now have a few days of experience with both Mac Studios (M1 Max with 10-core CPU, 32-core GPU, 64 GB RAM and 1 TB SSD storage).
There is no noticeable performance difference compared to the iMac 24" with M1. The larger projects are exactly as sluggish as on a 2019 iMac i9 (the comparison model in our case).
For example, if a projectile is changed with active transparency pause, you can easily wait 20 seconds or longer (for larger projects)!
Presumably, this was to be feared, since Archicad has not managed to use multiprocessors smartly and thus only the maximum singlespeed is decisive (and this is now unfortunately comparable with the i9 from 2019).
If this is not significantly better in the summer with the native version, Graphisoft probably has no real desire for Apple computers and we will probably have to write off Archicad as a bad investment!
Even a sculpture of Steve Jobs at the headquarters will not help ;-(

So we can only hope that the homework will be done and at least the same speed increases will be realized as VectorWorks has done. Maybe in this case, twice as long to develop also means twice the speed increases?
Fingers crossed 😉

I've noticed that, for quick and dirty photo renderings, IradLegacy produces very quick renderings with 20 cores.  In that setting, the GI phase doesn't take advantage of cores, but Render portion was quite fast.  For low-resolution movies, lack of parallelism hurts during the GI phase.  Of course, legacyIrradiance suffers from sparkle-noise in movie renderings, but for still-renderings it creates a cleaner look than the more accurate QMC.

The "Standard 20core" Render in AC25 appears to run in 1/3 the time of the "Redshift w/ internal GPU" at equivalent settings.

Using Standard took about a second longer with similar CPU and GPU loads.

Using Detailed shading (shadows) changed the CPU to about 95% and the GPU to 65% (shadows still need to regen after move.