Sorry if the English is not perfect and I might use wrong terms, we use Archicad in German 😉

Unfortunately I have to express my displeasure regarding Graphisoft's current policy here. We have been with them since version 6.5 and have always been on Apple machines.
Originally this was a very innovative program and has also developed well. However, suddenly only more functions were introduced, which are not fully developed and are only usable in the beginning. For example, the theme of layers is still not usable in its full potential.
In addition, new items were always introduced in the menu and a proper cleanup never took place. So currently settings for graphical overrides are stored in different menus and a clarity is not given at all.
In addition, the support (at least on Apple computers) of multiprocessors was never implemented cleanly and Archicad became slower and slower, although with each release of speed optimization is spoken. However, the projects are also getting heavier and heavier, since they are more extensive and are done in BIM (currently we have projects that are larger than 10 GB). Patience is already put to the test when changing a floor. This with the latest Intel hardware.

Now to the actual annoyances / wishes:
Menu structure & features
Why don't you cut off the old pigtails, be only moderately update-compatible with the previous version, but once again cleanly tidy and above all efficient and contemporary?

Speed
Large projects are extremely sluggish, let alone in connection with IFCs. Massive optimizations are necessary here and a division of the processes on several processor cores! When will there finally be a massive speed increase here?

Apple Silicon
In the meantime, all relevant software in our office is already optimized for Apple Silicon. Only Archicad is not yet ready. This change was announced some time ago and even VectorWorks has completed this change a long time ago!
Does Graphisoft want to rely only on Windows in the future and should we therefore switch as soon as possible and no longer purchase the updates? With the speed of these changes and the poor support of multiprocessors, I'm already scared and anxious for the Apple Silicon version!
Can you reassure us here and promise similar speed increases as VectorWorks?

BIM server
Will this also be developed on Apple Silicon? Unfortunately, I have not found any information on this at all!

Hope very much that Graphisoft gets the curve with Archicad and is again in front. Currently, Graphisoft seems to be resting on its laurels and the topic of BIM, since there are hardly any serious competitors. In addition, a clear commitment to the Apple platform would be necessary: For example, the purchase / merger of Data Design System, which exclusively produces programs for Windows, makes us fear bad things. This together with the duration for the removal of essential bugs, such as the not changeable size of windows (should be fixed with the patch 5005, but which is still not usable due to further bugs).

It might be a good idea to separate your wishes in the future, as they cover many different areas.

One thing I can confirm that we work on all of our products to be available and run natively on recent Apple architecture. This includes our BIMcloud product line as well.

Thanks for your feedback, but I would be very interested in the following two points:

Unfortunately I'm neither a software engineer, nor familiar with Vectorworks on this level, so I can't really answer these specific questions. Only promise I can take for you that we will inform you about the news as soon as humanly possible. 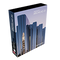 There is an article dedicated to the performance review of the M1 CPUs:

I would suggest that you keep an eye on that article, any development in Archicad on these systems will be published in that article when any new information becomes available.

Obviously, no native M1 version of Archicad exists yet, but when it will be, that article will discuss its performance.

Thanks for the link. This is fine as far as it goes and we also use AC25 already on M1 systems. But the speed increases that your sister company VectorWorks has achieved are unfortunately far from obvious.
How about a published result from a tech preview? This could at least give an impression of the development.
It is just a little depressing when you are used to Graphisoft being the CAD leader in architecture, being the most expensive and now suddenly being left behind and no development is apparent.
The latest example is known since the release of MacOS 12.3. If someone had tried the RC from Apple with AC25, this would have been noticeable after less than an hour of use (See e.g. forum of Appleinsider, etc.)...