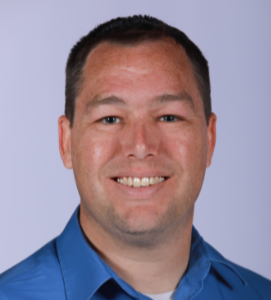 I'm sorry to say that I just don't believe it will ever happen.
The ROI (return on investment) for Graphisoft just wouldn't justify it,

What percentage of users do you think are Linux users?
(bear in mind and consider the fact that among ALL computer users, Windows users account for anywhere between 90-94% of users, while Mac users are between 4-7% (this is TOTAL users. Among architects the share might be higher since Macs are more popular among architects and designers and creative types, but PC's are still overwhelming majority). So I'll leave you to figure what percentage of "the rest" are Linux versus Chromebook and Chrome O/S and "other".

The point here being that to port it into a different OS would require on their end to invest the resources to keep it current, to maintain any existing versions, troubleshooting issues and basically keeping a whole division running just to make sure there's a consistent standard among all the OS versions. And then you have to ask whether the number of people purchasing a Linux licence will justify (on their end) the overhead and cost of keeping this port running. My instinct says no.

They barely have a consistency in standard and quality between the Mac and Windows versions, and the Max version with such a (comparatively) smaller user base is justified in part because ArchiCAD started out as a Mac program and there's a sense that the folks at GS HQ in Budapest are huge Mac fanboys.

Effectively it would likely mean that Windows users are subsidizing the Linux ported version (just as they likely also currently are - to a lesser extent - the Mac version). But that's not really where the big issue for them would lie.

They would need to find a fair number of Linux developers and engineers to do all this, and that's not a very wide net of programmers out there from which to pick.
Which in turn probably also means that whichever they are able to get likely will cost them a premium to pay (over what they would be paying the other Windows and Mac-based developers.).

But I could be wrong and they could find a way to make the numbers work.
0 Likes
Share
Reply

There is another way, it's jankie but I´m sure you will be able to see the bright side of it

Moonlight wrote:
There is another way, it's jankie but I´m sure you will be able to see the bright side of it


Love the reference to Linus. I've been on a Hackintosh for about a year now. I just worry that someday Apple is going to screw us Hackintoshers with switching to ARM processors. But yes, I've seen that video before and in a future custom built desktop, I plan to try the Linux/Hackintosh combo build he and SnazzyLabs have shown on their YouTube channels with the aim of using AMD's Ryzen Threadripper instead of the more expensive and slower Intel chips. We'll see. Thanks for the post.
0 Likes
Share
Reply

There're other videos for Linus for Hackintoch using Ryzen CPU, but since it would take me a lot of time to get them, I posted these as a reference ...

I also advise you to see Techdeals on Youtube if you're going to build your PC from off the self components, he may be oriented towards gaming, but his advise about what the performance of different components and price comparison helps a lot to get more bang to your buck.

The problem is the question itself. How many Linux users exist? No. The question is: How many windows users that don't want windows would use Linux?and in the other hand... How many Linux users use windows for their licenced software? It thinks that last response is more than 99% in our professional environment.We all have to maintain a virtual machine, have two computers, or have a second OS with the need to restart every time we'll work on something.
The thing is, at this moment maybe it doesn't worth it. But the linux community is growing, especially for the young people. The people that will be the professional community of tomorrow. I don't know. Linux's community is full or developers that will be happy to help with the transition of the professional software to cut the last chains that bind us to windows.
0 Likes
Share
Reply 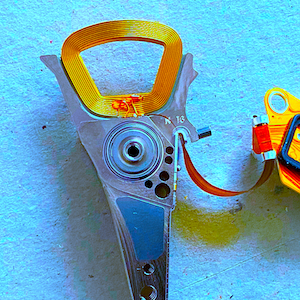 I would probably love to run ArchiCAD on Linux. And there is allready a really good office suite for Linux too. But I would need to run Rhino, Solibri, Teams and TwinMotion at least on it too. I really want a seamless cloud syncronization too, and there are alternatives to DropBox, like ownCloud. I would be willing to tackle that too, if there would be all the others I mentioned available. But there aren't.

Unfortunately I have to concur with Bricklyne Clarence, that we'll never see this Linux option. I mean, at least most of us won't. Maybe the newest generation of architects will, let's give them some hope.

In this situation at the moment, after WWDC announcement, that all Macs are doing a rapid transition to ARM processor's, I need to decide what to decide with our future workstations in our company. It's not gonna be $Mac Pro, that's for $ure. It's EOL'd (end of lifed) allready, after 6+ months from it's appearance, and it costs an arm and a leg (no pun intended).

Softwarewise, I don't want to have that transition period experience anymore. I have seen two of them, and they do suck (from 68k to PPC and from PPC to Intel). Both did suck a big time. There is no announcement from graphisoft either, if they will transition their softwares quickly to ARM, or if they will ever do that. Rosetta 2 is not something I would count in. And the promise of that "Intel is still upported for years to come" - I don't believe it, it will not be supported as a viable option, at least not in practice it will.

Unfortunately there is no ArchiCAD for Linux, and most of the above mentioned vital helper programs are missing too for Linux.

So windows it will be.

For me it's good enough nowadays. And well, I don't really have a choice, do I?

On the other side, MACs or ARM processors, the same applies to all programs you have just mentioned ...