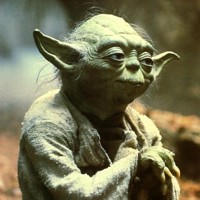 I can download it. I'm going to give it a try. hopefully it works fine. Just the alpha version but it's the most interesting thing since Corona for archicad which was due to lack of staff paused

Looks interesting, but like Laszlo I just get a blank web page with the link above.
Even Googling for it yields no results.

LaszloNagy wrote:
When I visit the site, it is empty for me.
Do you guys get something there?
Do we know who is behind it?
Looks like GDL Visual Scripting, very nice graphics.

Also for me the page is empty now, probably it was posted too early

...if you search you could get a cached version of the page...but nothing more than a simple description:

about the developers there is no trace, anyway as daviiiiidave says there was a downloadable alpha version of the plug-in, specifically designed for Archicad 24 beta 4, so, or the developer are in good terms with Graphisoft, or is developed directly by Graphisoft(conspiracy theory mode ON......

If it is for 24 Beta then that may explain why the website is now empty.
24 Beta is not for the public yet.
One to keep an eye on though.

I got the addon. but missing the documentation. i think @Barry Kelly you are right.

But I think it has very limited shape types. I was expecting things like prisms, rulled/revolved, tubes, masses, morphs, etc...

I am afraid this may be just an "appetizer" before an expected long wait for an AC24 release. Lets see...

It needed Archicad 24, so or you are on the beta program o you wouldn´t be able to use it anyway.
ARCHICAD 26 SPA
Windows 10
0 Likes
Share
Reply

It would be indeed nice to test this addon. I have acess to an AC24 Beta Version so it would be much appreciated if someone could send me the files as this would help us to make some strategic decisions for the near future. Thx.
0 Likes
Share
Reply 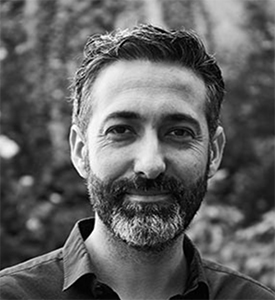 Jp1138 wrote:
It needed Archicad 24, so or you are on the beta program o you wouldn´t be able to use it anyway.

I have got it but the it does not work 😕

I have found the reason. I have to use windows OS only to be able to use param-o
Christophe - FRANCE
Archicad Designer and Teacher
Archicad 15 to 26 FRA FULL

bouhmidage wrote:
i have checked the link again !it takes you to https://3dviewer.net/
DEAD


I am not sure what is going on with that link but I don't want to delete it just in case it comes good and does link to Param-o.

I can't tell you much about it but it is being tested with version 24, so you need to be a Beta tester to see it.
At the moment it is in fairly early testing as far as I know, is Windows only testing and I am not even sure if it will ship with 24, or will come out later when it is ready.

I am sure you will hear all about it when it is ready.

yeah if you are a beta tester you can try it out. Mostly working fine. Too Complexe things are ending in errors and shut downs

We will have to wait. The concept is awesome and i hope it will be continued.
I think big of this. Maybe McNeels Grasshopper people can help to develop it and connect it directly to their own tool.