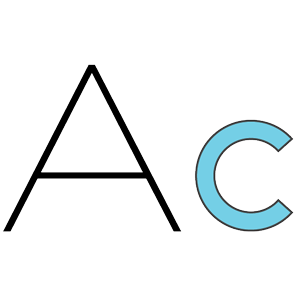 I have spent some time trying to get my object to read an external text file to draw it's parameter values.
I finally got it working and then went to add an option to have a CUSTOM parameters that user can input through the UI using A and B values.

This seems much harder to achieve that I expected. Suddenly I realise that it's not that straight forward to write my custom values without using a text file.

I tried to write something like this:
IF use_custom THEN
EXECUTE ALTERNATIVE CODE
END
ENDIF

This kind of does the trick but now because I "END" the code prior to the object reading the remaining parameters, all my USER INTERFACE code is invalid and UI disappears when use_custom = 1

Can anyone suggest a way to do what I am trying to achieve ... I am not all that happy with my use_custom command so alternatives would be much appreciated.

I haven't had a look at what you are doing, but if you don't want to END the script you can always ...

Thanks Berry. I couldn't get GOTO "line number" to work but I did try the GOTO "SUB" to skip code.
Turns out I had another issue which I managed to fix now.

I would normally post my own resolution but it's nothing to do with my initial query so will give it a miss.
Thanks for your help as always

jakubc7 wrote:
I couldn't get GOTO "line number" to work


Make sure you have the correct syntax for the line number (number and colon).

I see, makes sense.
I thought you were literally specifying and jumping to a specific code line number.
ArchiCAD 10 - 25 | Windows 10

GOto is essentially a GOsub without the ability to return
AC22-23 AUS 7000
Self-taught, bend it till it breaks.

The need for the goto is because an END statement in the master script blocks the running of other scripts too.
Another important thing is that GDL subroutines aren't like functions in other languages: the subroutine name is just a label that can be jumped to, but it can execute without a gosub if a line-to-line execution reaches it. That's why in 2d/3d/etc scripts we have to write an END statement before the first subroutine. In a master script this has to be done differently:
Péter Baksa
Software Engineer, Library as a Platform
Graphisoft SE, Budapest
0 Likes
Share
Reply

Thanks Peter. I never knew the difference between the 2 commands. Good to know that GOSUB can be called from other scripts!
ArchiCAD 10 - 25 | Windows 10