How to disable Archicad Bug Reporter

It's annoying enough that your expensive software keeps crashing at all - the subsequent bug report, asking you to waste even more time filling out bug reports feels a bit like a [moderated]. 😕

I suggest that the bug reporter should be an opt-in feature controlled in Archicad settings. Until that time:

Easy as that - you've just saved yourself unnecessary additional annoyance when your AC crashes. 👍🏻

The bug reporter should not be appearing often enough to annoy anyone.

If it is, there is obviously a problem that should really be fixed rather than ignored.

I hope that anyone that gets bugs often, is sending the report off, taking note of the bug number and following it up with their local Archicad support to find out what the problem is.

It could be a problem unique to that user that is easily fixed, or it could be an actual software bug that will affect many more users, so many will benefit from the problem being solved.

I do agree though, that it would be nice to be able to cancel the bug reporter, like we could in older versions.

I had a crash this morning when Archicad did not start properly.

I plugged my license in while it was starting, it froze and I had to force quit.

Then the bug reporter came up and I didn't want to send of the report as I was sure was sure it was my fault.

Had to force quit the bug reporter as well rather than just cancel it.

Restarted with the license plugged in first and all has been fine since.

First of all, thanks Jiri for sharing the temporary fix.

I wish it wasn't necessary, but the known 'crash on quit' problem in macOS Monterey means that every time I switch to a new job, and close the old window, I have to contend with the bug reporter. It is time consuming and obviously an error which has been reported by many other users already. As this is the only reason the program has been crashing for me, I see no reason why I shouldn't be able to cancel the bug report.
I understand that the reporting system is important to catch new and widespread problems, but the hindrance to workflow is overwhelming at the moment!

One of the first things I always do immediately after installation is delete GSReport. Since the times of 7.0. 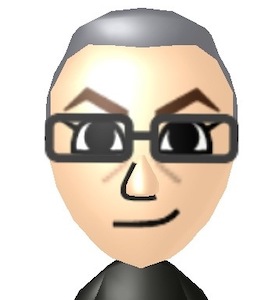 I'm having several crashes daily since I upgraded to Monterey. Only with Archidad, all the rest of my computer works like a charm

What version and build of Archicad are you using.

24 won't be until February next year.

Earlier version will never be compatible.

I'm using AC25 4130 spanish full version. As a matter of fact I have erased the bug-reporter app, tired of waiting it to end after every crash

That is your choice of course.

But now, how are you going to find out what is causing the crashes?

This is the elegant way of doing it, GS.

Below, compare with your way.

Graphisoft strongly recommends NOT to change the names of program components on macOS, as it is prohibited by the License Agreement. It can also cause problems in the functioning of the program.