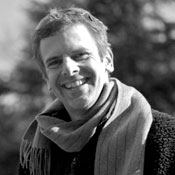 Point cloud in ArchiCAD is converting into GDL script. It is possible to cut it using GDL commands cutpoly and cutplane. ArchiCAD already using cutplane on the floor plan - when it's possible to set horizontal limits.

It is not something straight forward like using SEO, but it is possible to create additional GDL object with cutting planes and editable hotspots (and comfortable interface), linking original file as a macro.

Thanks so much for your reply - Just seeing this now - not sure how I missed your response for a year 😉 I've not done a lot of GDL scripting, but really appreciate your reply - I'll see if I can make that work - it would be a huge boon if we could edit clipping planes for the point cloud without having to go back in and edit the point cloud in pix4d